Expensive but worthwhile work should be wrapped up this fall on Canada’s northernmost Passivhaus, a 1,895-square-foot home in Fort St. John, British Columbia. Coming in at almost double the initial cost estimates and double the challenges, this unique house is built in one of the harshest inhabited climate zones and deemed by local mayor as “the most significant Passivhaus on the globe.”

Fort St. John was established as a trading post in the late 18th century, and it still sees plenty of people traveling through on the Alaska Highway. These days, Fort St. John calls itself “The Energetic City,” imitating the region’s rich natural resources of oil, gas, and forestry. The city plans to use these resources to develop a mixed-use neighborhood, including more energy-efficient buildings, on a 91-acre plot of city-owned property.

The Passivhaus house, nearing completion at 9904 94th Street, is a sort of “test kitchen” where new technologies and construction practices are being tried out by Marken Projects Design + Consulting. In addition to being the farthest north, Marken says the project also will become the first detached single-family residence in the province of British Columbia. Once completed, Mayor Ackerman says that it will be “the most significant Passivhaus on the globe” due to Fort St. John’s particularly harsh climate. There is only one other Passivhaus in the world that is farther north, in Finland. Though no official comparison has been done, clearly the mayor views the Finnish home as less significant than this build. 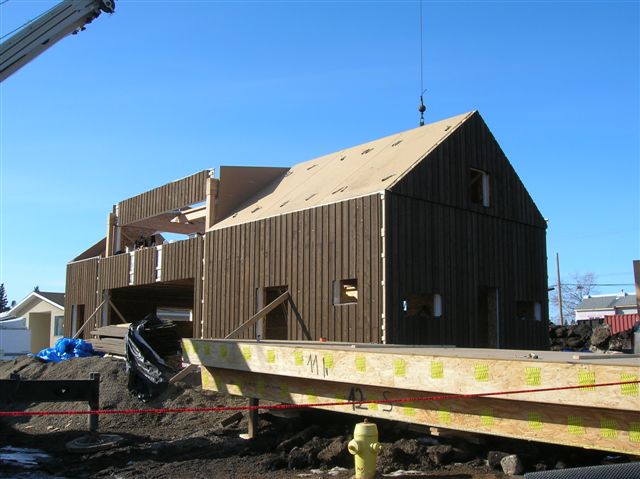 Structure nerds, behold! The structure of the house is comprised of a two-layer wall system consisting of an inner 2×4 service wall filled with mineral wool insulation and an outer wall of 11 7/8-inch I-joists on 24-inch centers filled with dense-packed cellulose insulation. The wall assembly has an R-value of about 56. Offset I-joists and 2×4 studs minimize thermal bridging. A layer of 5/8-inch oriented strand board on the exterior side of the 2×4 wall provides the air barrier. Exterior sheathing consists of 5/8-inch fiberboard.

The slab assemblage includes a finish floor of wood or tile over 1 inch of expanded polystyrene insulation (EPS), 4 inches of concrete, and an additional 11 1/4 inches of EPS insulation, for a total R-value of about 52. Below grade, perimeter walls are Fox Blocks, insulating concrete forms with an 8-inch-thick core of concrete, sandwiched between layers of 2 5/8-inch thick EPS insulation. Roof panels are made with 16-inch I-joists insulated with dense-packed cellulose plus a 2×3 service ceiling layer insulated with mineral wool, for an overall R-value of about 70.

Airtightness results are still pending, though by definition, a certified Passivhaus is about 6 times more airtight than a typical home. Certified or not, meeting the Passivhaus standard for heat and energy consumption is no easy feat in Fort St. John, which sees mid-winter temperatures plunge to -30 degrees Fahrenheit.

The three-bedroom, 2 1/2-bath house is all-electric, with a rooftop solar array providing roughly a quarter to a third of the required energy. Heating and cooling costs will be around only $400 per year through the use of Mitsubishi’s “Mr. Slim,” a ductless minisplit system, and a heat-recovery generator. Insulation will be aided by the use of triple-glazed windows manufactured by Optwin. Hot water will be provided by a domestic 50-gallon heat-pump water heater. And of course, in true Passivhaus fashion, the project utilizes sustainable building features like low-flow plumbing fixtures, regionally sourced and recycled materials, lumber certified under the Forest Stewardship Council, native landscaping and permeable paving. 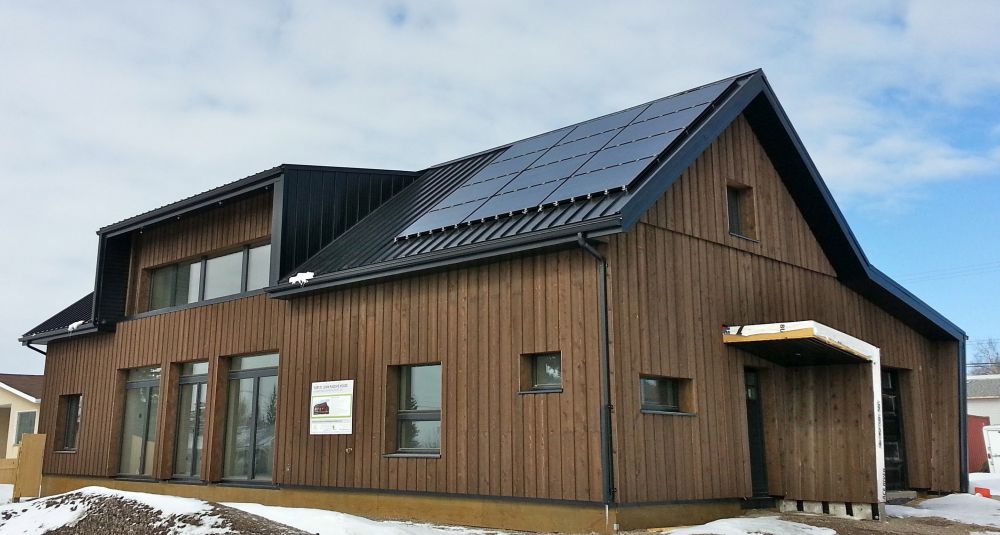 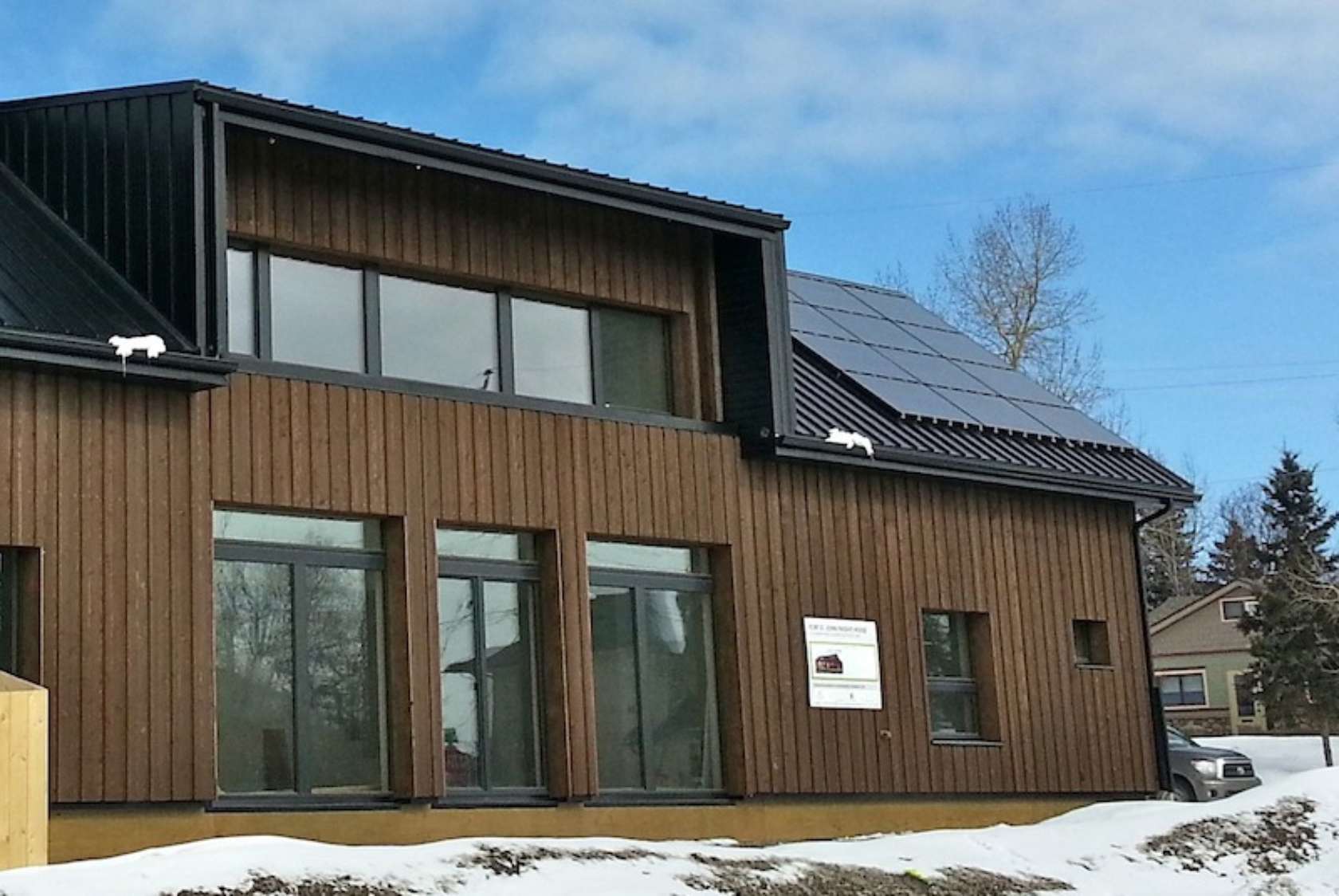 The city had not intended to build the house itself, lead designer Ayme Sharma and Marty Paradine write in the Marken blog: “The construction market is so busy in Fort St. John that there were not many builders interested in taking on the challenge of building something new,” they write. “Developers in Fort St. John are most often focused on constructing single-family homes as quickly as possible to accommodate job growth in the oil and gas sector.”

In the 2013 capital budget, the city originally put aside $300,000 for the home. Later, another $150,000 was put toward it. Again just recently, the pilot project received another $120,000, bringing the cost of the building to almost double its initial budget. Part of the cost and challenge with this project is that all of the standards must be met to achieve the Passivhaus certification, despite the fact that the local climate is much less hospitable than regions where typical, primarily European, Passivhauses are located.

City Manager Dianne Hunter said a big part of the increased cost had to do with the fact that it was a pilot project, and many of the costs were unexpected. The city hopes to share the lessons from those mistakes with builders interested in building the houses themselves. Ken Rogers, director of development for Fort St. John, said that it’s beginning to pay off, as several contractors interested in the design have approached the city. The more of them that decide to go with the design, the cheaper it will be for them.

Fort St. John City Manager Dianne Hunter doesn’t expect this single Passivhaus project will convert locals overnight. “It’s about baby steps,” she said, “starting slow. We felt we had an obligation to show good stewardship of our resources,” she said, and despite the excessive cost of the project, a Passivhaus is a good start to the city’s long-term plans. The City of Fort St. John is aiming to become an environmental leader in the Peace River region through the use of prevalent sustainable and environmental practices. They own a 37-hectare site they have allotted for implementation of a sustainable neighborhood plan.

The city drafted a concept plan for a sustainable neighborhood in 2009, and they are interested in developing an approach that can be tested, refined, and eventually applied community-wide. In principle, the current Passivhaus is a learning demonstration, a classroom where new approaches and new technologies can slowly be introduced to the Fort St. John area through increasing local skills and sympathetic policies, providing residents and decision-makers with comfort and confidence with their new direction. 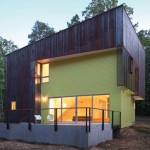 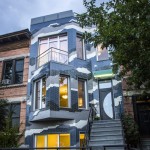 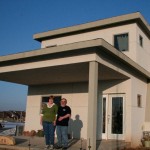