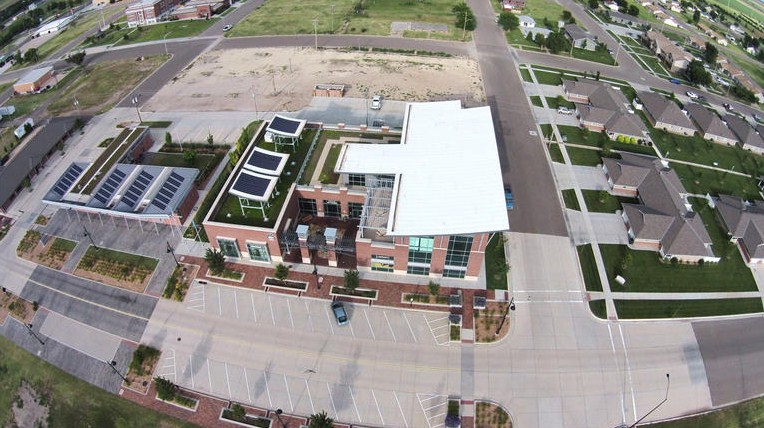 One of the strongest tornadoes to ever hit the US ripped through Greensburg, Kansas seven years ago, demolishing everything in its path, and the resulting devastation gave Greenburg a unique chance to become an aspirational beacon to the rest of the country.

Rather than pack up and haul out, the residents decided to stay and rebuild, and they decided to “do it right.” Starting from scratch gave the town the opportunity to adopt green technologies and the financial benefits that come with them. “After all,” says Bob Dixson, Greenburg’s Mayor, “Our name is ‘Greensburg.’”

Although new, green, city buildings cost between 15 percent and 20 percent more than the non-green replacements, long-term reductions in utility and maintenance bills can recapture those extra expenses in as little as seven or eight years. “After that,” Dixson said. “It’s total savings.” 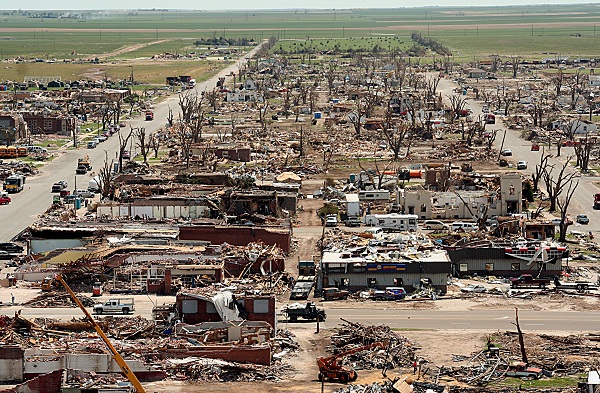 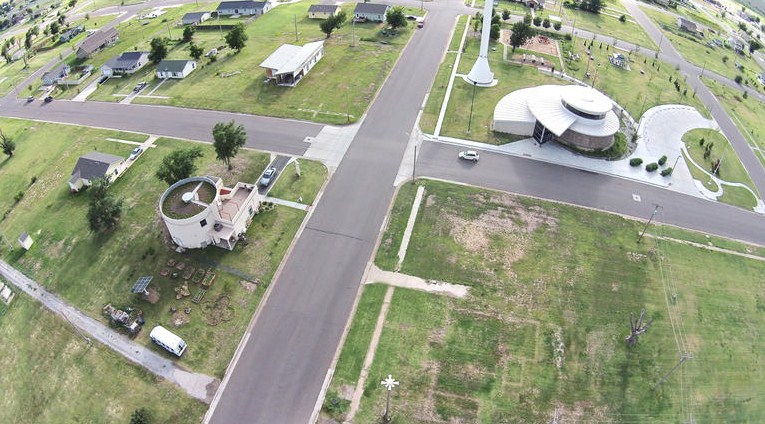 Efforts to rebuild green are starting

Green building experts agree that Greensburg’s choice is likely to save it hundreds of thousands of dollars over time. “There are a lot of real taxpayer benefits, especially when you’re talking about public buildings, “said Jill Buck, founder and CEO of the GoGreen Initiative, a non-profit organization that educates schools, businesses, and people about the benefits of ecological improvement. “If you can build green buildings, you end up saving public dollars in the long haul.”

Greensburg’s commitment to a sustainable future is giving the brave citizens that stuck with the town a reason to stay put. Even more importantly, the town is growing. The newcomers are mostly comprised of young families, like one man and his family who spent a year in Greensburg volunteering after the tornado and, in the spirit of this “Why not?” rebirth, decided to move there permanently and start his own business.

Another resultant benefit of this green rebuild for local homeowners remained is that the value of the average house in Greensburg has gone up about 183 percent, thanks to green building practices. “You could buy any home in town” before the disaster for about $60,000, said Dixson. “Now, that same [sized] home is $150,000 to $175,000.” That one factor alone has helped the city’s tax base recover even faster than its population. While Dixson noted that the tax base was almost entirely rubbed out along with everyone’s homes and businesses, Greensburg is now down only about 25 percent of its total appraisal, versus being down about 40 percent of its population. 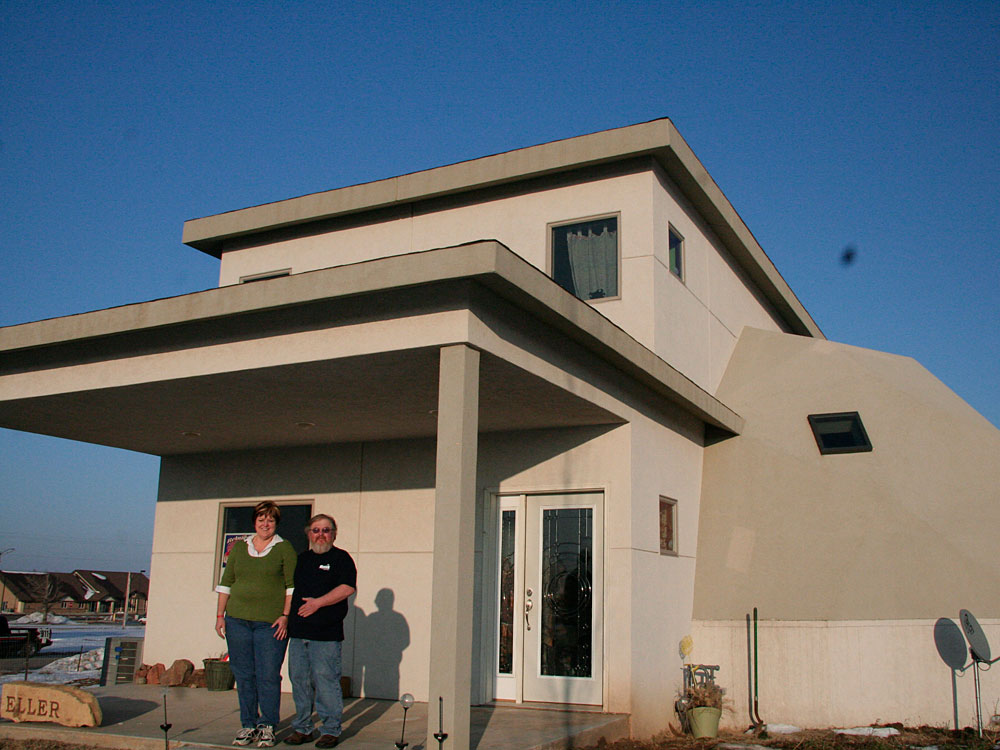 Jill and Scott Eller moved into their new home a year ago. Like many others in town, they were uncomfortable with “environmentalism” — but now they are glad about re-building green. 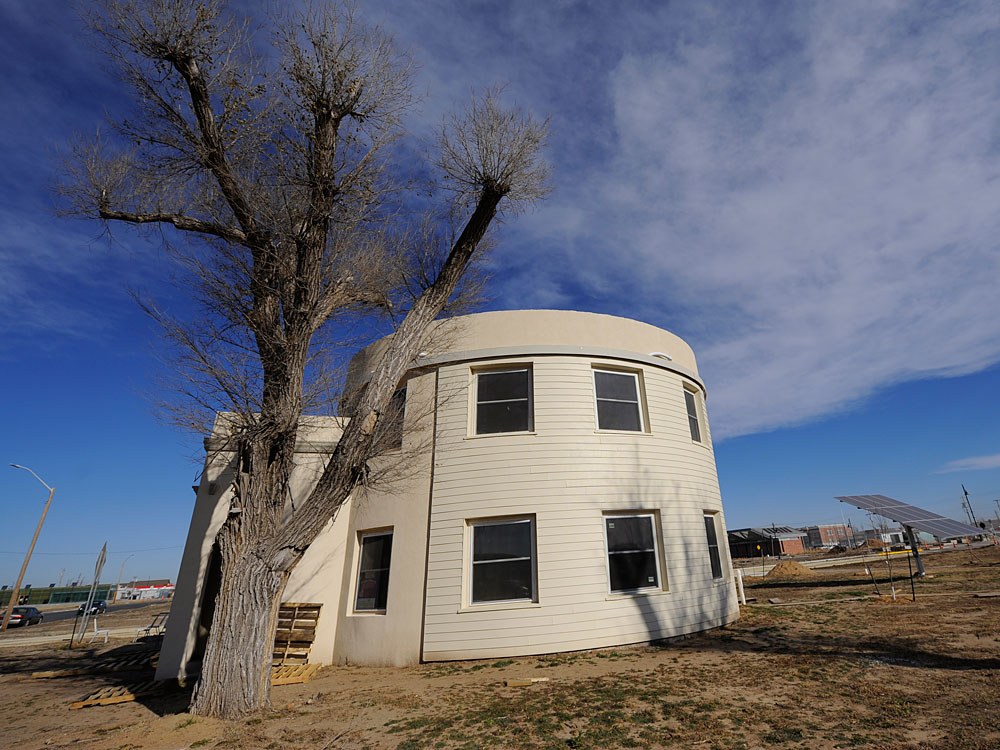 Silo-shape “green” home will be part of a the community’s eco-home family in Greensburg.

If you survey the new Greensburg, you can see the change that’s emerged from the ashes of the destruction: from the city hall built with recycled materials to a new downtown business center with the words “To the Stars through Difficulties” chiseled into its keystone. That apropos motto resonates with the citizenry, like Sara Schmidt, the answer to our riddle. After the disaster, she thought hard about whether to rebuild or not, and found her answer growing in her yard. “I found …[a] big coxcomb plant. I’d never seen a coxcomb plant so pretty,” she says. Though the tornado destroyed Schmidt’s house, took her husband of 54 years, and forced a woman in her 80s to completely transform her life, she has chosen to remain with her town. “I looked at that and I said … through all that’s been, the machines that cleared off the cement, and how that little plant had survived. … And so I told God, ‘If this is what you want me to do, I’ll do it.’ And that’s when I made my decision. If that plant could grow through that, in Greensburg, I could,” she says. “Here I am.”  (Images: NPR, GettyImages, CNET) 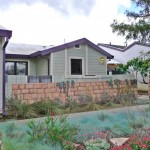 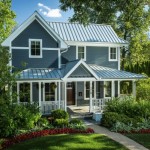 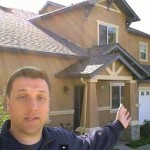