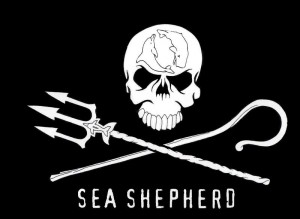 Some hate him, some love him, but this seems to be the trait of every person that sets out to make a change with a bang…  In his view, protection of the planet is more important than preserving his own life.  His name is Captain Paul Watson, founder of SeaShepherd organization.

Some criticize him for his pirate ways, but most applaud him for his ingenuity on getting the job done given the available resources.   Some critique him for not being civil but the  people from whom he protects defenseless creatures are insane.  As he says himself, his job is to “confront the hypocracy of humanity.”

Captain Watson has got to be the most controversial Environmental Activist on the planet right now. He says “We should measure the intellgince of human beings by ability to live in harmony with other species.”  Yep, sounds radical to the masses but I’m sure for most of us here, this is our mantra too.

I’d like to share with you a video that paints a portrait of a true environmental champion.  This is a long video, about 30 minutes but if you want to see what drives a truly passionate activist you’ll see it here.  His courage is contageous, his dedication is inspiring.   (If you also want to watch the video below Captain Watson’s speech then  use caution, it’s graphic and it really shows hell on earth and the true stupidity of the people committing the slaughter of those whales. Why do they undertake this carnage every year? Because of tradition – that’s right – tradition.  The footage will speak for itself).

The annual Grind of the Pilot Whales by stranding and slaughtering them in the sea of blood. Torshavn, Faeroe Islands 23/7-2010

Can Green Homes Gain Momentum in the Real Estate Market? 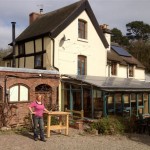