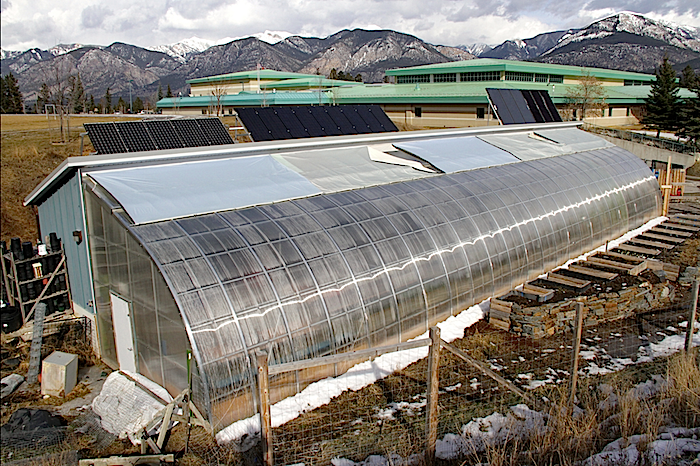 What if you had your own grocery store attached to your house? And what if that grocery store saved you money on both produce and energy? Well, imagine no further; the day is upon us. A passive solar greenhouse, like the most famous one in British Columbia, could make endless, fresh produce a reality – year-round, regardless of where you live.

Now, you may be wondering, “Don’t greenhouses already use ‘solar’ power? Isn’t that the point?” While you would be correct in saying that traditional greenhouses trap energy from the sun, this new style of smartly-designed greenhouse really kicks solar power up a notch.

With traditional Dutch glass greenhouses, the trapped heat disperses when the sun goes down. Thus, these uninsulated buildings either use a bunch of energy to keep heated at night or to move out excess heat during the day. For most temperate or northern climates, this just isn’t practical or efficient. The Groundswell Community Network in British Columbia saw an opportunity to modify our existing concept of greenhouses in such a way that they could be utilized more practically in a variety of climates. Looking at the customary structure of a Dutch glass greenhouse, the first thing they did was to get rid of the Northern-facing glass wall that doesn’t bring in light and just allows heat to escape. This wall and the back of the building were replaced with a roof and massive concrete wall and floor structure, thermally designed to keep the heat in, store it, and release it overnight.

On the front of the building, facing South, is the only glass you’ll see. There is a large, curved glass wall with solar panels on the roof to generate electricity (as a bonus, it also has a solar-powered hot water heater that heats an in-floor warming system),and it has a geo-solar system where hot air collected from the ceiling gets pumped beneath the building.

Because the building has no furnace and acts as a season extender, the Groundswell community can begin planting in February and harvest through the end of November. Bill Swan, the executive director of the Groundswell Community Network says, “I think why greenhouses aren’t all like this is because we live in an era of very inexpensive energy. And what we’ve tried to demonstrate here is to anticipate the change in that reality that many in the food sector believe is coming.”

Bill sees a day when these types of simple, passive, solar greenhouses are widespread as a low-cost, low-energy way for people to keep themselves in groceries. “I think the home of the future will always have a greenhouse either attached or closely associated with it for these benefits of energy and for food.” 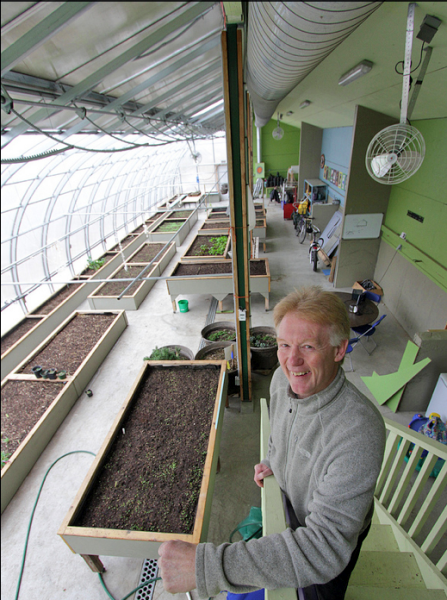 Bill Swan (and Ally Candy in below image) at the Groundswell Community Greenhouse – a passive solar greenhouse using very little energy to create a 10-month growing season in Invermere BC. 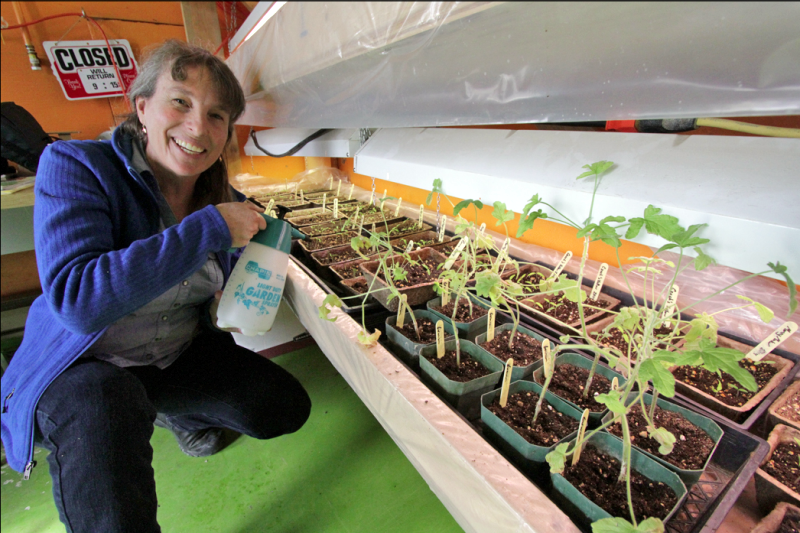 Whether you’re building a passive solar greenhouse or a home, the principles used in this greenhouse design are simple and can be applied almost anywhere. Face your building South, maximize the size your South-facing windows, cut down on the amount of North-facing windows, and use thermally massive materials to soak up heat. Local food production is one area that stands much to gain from passive solar design.

Especially in areas with more extreme winters, greenhouses like the one at Groundswell serve to lengthen both ends of the growing season, as well as offer a greater measure of control over growing conditions without expensive energy. So if you don’t mind a little creative thinking an elbow grease, you can fashion yourself a passive solar greenhouse and have endless produce practically year round.  (Images: David Dodge, Green Energy Futures)