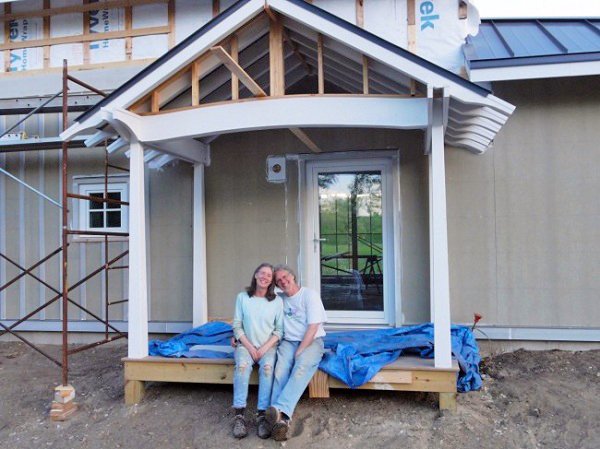 Wanting to build their dream home, they were already familiar with the passive house concept and wanted to focus on minimizing energy use, so to build their “just right” home, they hired passive house architect Christi Weber of Design Coalition in Madison, Wisconsin. Their goal was a functional, low-maintenance house that respected the environment by creating at least as much energy as it used—remaining “net zero.”

The “Root River House,” is based around North’s idea that, “[She and Gaddo] want to use our fair share, but not more than we need to.” According to Gaddo, “There is not a square foot that does not have a specific, intentional purpose.” What resulted from these ideas is a 1,514 square foot home that is net-zero, practical, and livable.

The house has a boxy design in order to remain efficient. “Every little push out adds more exposed siding and opportunities for heat to escape. A boxy design means there’s less exposed to the outside,” Gaddo explains. The house ended up being not just net-zero, but net-positive; it produces more energy than it uses. The couple agrees that it is the “sanest” idea they’ve ever encountered. 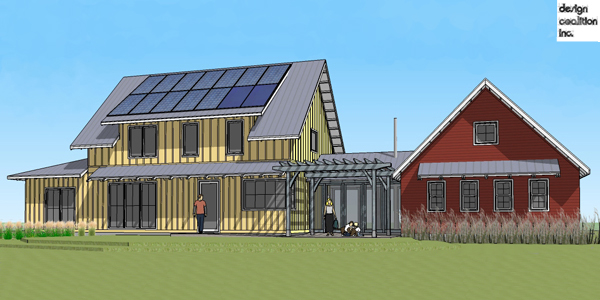 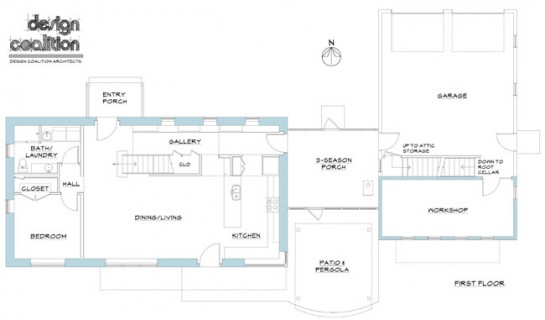 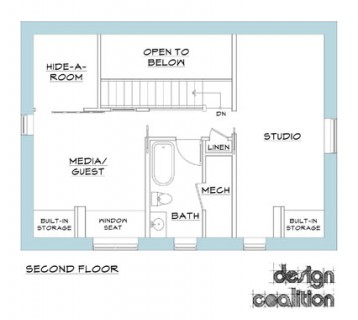 In building this house, John and Nancy had to act as their own general contractors because they couldn’t find anyone local to take the risk. They hit the books and the blogs and were “somewhere between lucky and blessed” in finding subcontractors. As the home was constructed, the couple says they felt as if they had completed their Master’s thesis on passive home building.

Conserving energy to the extent of passive home requirements involves more than just alternative energy sources. Weber explains, “I’m not an advocate of building just to code and then putting tens of thousands of dollars’ worth of solar panels on it.” Though the home does incorporate solar panels as part of its net-positive setup, it also takes material and environmental factors into consideration.

The materials used to construct the home all contribute to energy savings:

The fortress-tight exterior is an envelope for a very open-feeling interior. North and Gaddo created an open environment that begins in the entry-way/gallery, funneling guests into the gallery space that acts as a home for art, books, and music. The following rooms—kitchen, living, and dining—flow into one another, as well. Not a corner is wasted; the master bedroom contains a yoga space, the bathroom shares space with the laundry room, and storage space is built in beneath the stairs. Up those stairs is a media room and studio, which can be converted into guest spaces, bathroom, storage, linen closet, and mechanical room. The mechanical room houses some of the energy-efficient secrets utilized by the Root River house: a high-efficiency, energy-recovery-ventilation system, two on-demand Mitsubishi split-heat pumps, solar-heated hot water system, and solar energy storage. 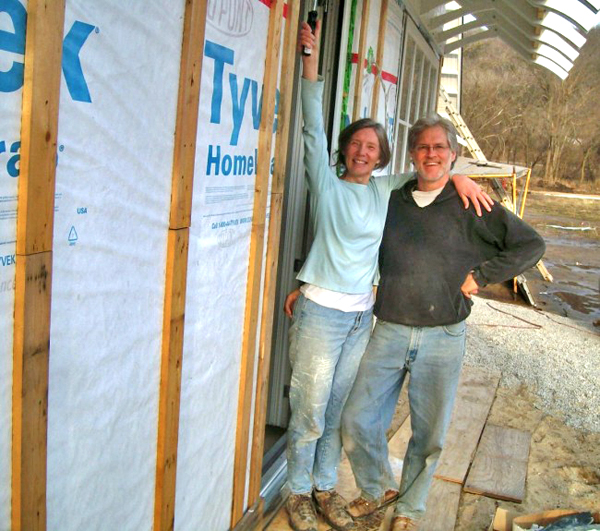 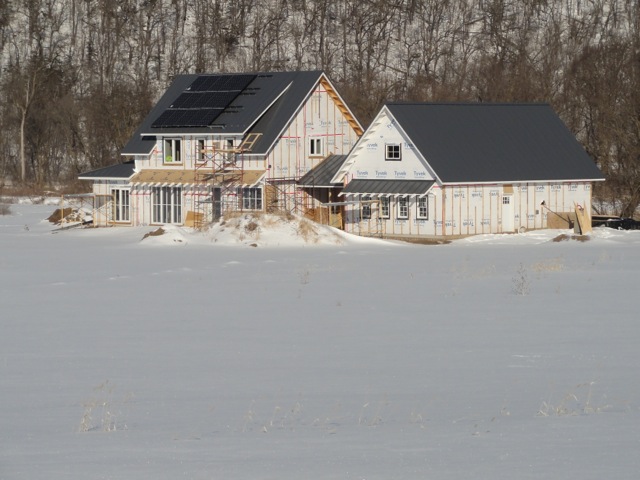 To an uninitiated, there is so much more than one might expect goes into the creation of an ultra-performance home.  Integrated, thoughtful designs make the Root River House and its passive house cousins just the right fit for families looking to pay it forward without scrimping or sacrificing. So, go ahead and put that in your porridge. (Images: rootriverhouse.2030home.org) 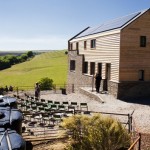