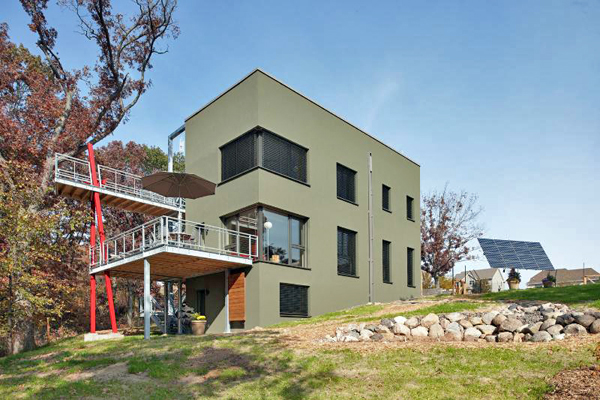 In 2010, Gary Konkel built what may be the most energy-efficient, passive home in the Midwest. The 2,000 square foot, two-story home just outside of Hudson, Wisconsin touts thick insulation, high-performance windows, and needs no furnace. A single solar thermal panel and a photovoltaic system are all the home needs to be net-positive; it produces more energy than it uses but there’s a solar storm brewing in the neighborhood.

As Konkel is part of an energy cooperative, the extra energy from his home flows back into the grid where it powers neighbors’ appliances and devices. In return, as is standard in net-positive situations, the energy co-op has been compensating Gary, and only 10 others out of their 10,000 customers, for the extra wattage. This concept is called net-metering, where customers’ bills run either forward or backward based on the energy they produce and consume. For the past three years, Gary has earned credit during the summer months that paid for his winter usage, leaving him with only a twenty-five dollar fixed, monthly base charge.

Enter greed and envy, perhaps stage left, but on the side of whom? Mark Pendergast, the CEO of the St. Croix Electrical Cooperative, claims that Mark’s net-metering merit is actually costing the cooperative money. The monthly base charge doesn’t cover the cost of providing the service, which is around $40. Though the company has since increased the base charge to $28 dollars, much stink is still being made on both sides of this great divide.

“If a member is not paying for any energy purchases, the rest of the cooperative members must make up the revenue shortfall,” Pendergast says, “Unfortunately, the terms of service and [solar] rate issue has become a few members’ personal interests versus all the other cooperative members’ interests.” 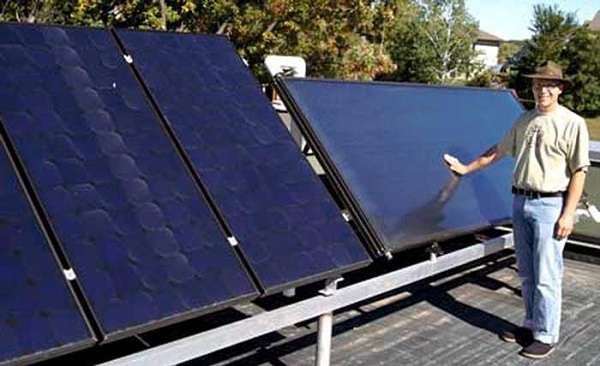 So basically, the company says that it is protecting its higher-paying customers at the risk of subsidizing a select few (Gary and the ten other contributing parties). To compensate, the company will no longer pay retail for the energy that Gary and his ilk produce; instead, they will pay what’s known as “avoided cost,” a rate based on what it would cost the company to produce the same amount of electricity. In this case, that means a drop of about 8 cents per kWh paid to Gary and the other solar contributors. With nothing grandfathering them in, it will take Gary and the others three to four times longer to break even on their investments, which are still benefiting the cooperative. “It isn’t fair,” Gary says, “I would argue…that we’re subsidizing the cooperative.”

So, who’s on the side of “good?” Are passive home owners like Gary who has made progressive steps to lower their own costs (with his Passive House in the Woods) while providing for others or is it the other 9,990 people in the cooperative who have to make up the profit lost on these energy contributors?

Initially, both sides seemed justified in their reasoning, however, when broken down fiscally, one side may seem a little more put-out. If eleven people in the co-op pay $25 of the $40 necessary each month, the company loses $180 dollars per year. When distributed between the other paying members, it seems to work out that each other member must pay about 2 cents more per year. Are there really people complaining about 2 cents/year? Have individuals even noticed or is this just one way that companies are trying to respond to the changing times?

Customers are now finding ways of getting cheaper energy, or producing their own, and the old business model is becoming obsolete. In response, utilities are adding fees, hiking fixed-rates, and raising prices. John Farrell, solar policy expert, says that solar power has additional value over traditional power sources, like coal, and that this “avoided rate” business doesn’t take the additional value of solar into consideration. It’s a battle of old versus new, of renewable energy, positive energy balance, and carbon neutrality versus fuels and fines. As a frustrated Konkel said, “They just don’t know how to deal with it.”