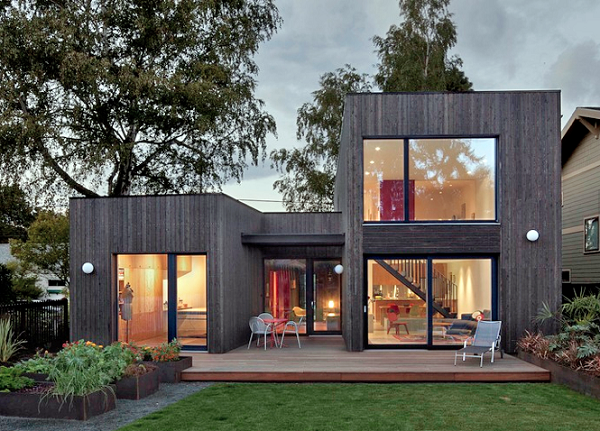 Portland architect Jeff Stern had a vision – he wanted to construct a home/workspace that would blend cutting-edge contemporary design with the highest possible degree of energy efficiency. The type of structure he had in mind is known as a passive house, or passivhaus – a building that requires very little energy to heat and cool.

This type of design originated in Germany, where its stringent energy standards were established. In order to meet these standards, such houses utilize airtight construction, natural ventilation and sustainable lighting, including making as much use of natural light as possible. Passive houses typically use about 85% less energy than most conventional structures built to code. The first ones were constructed in 1990, and today there are over 15,000 worldwide, with most of these being in northern Europe.

Portland, Oregon does have quite a few of these type of houses, including one of the nation’s first Passivhaus certified homes as well as an established eco-village. The neighborhood where Stern lives consists mainly of post-WWII homes, and his home, while unique in style, is of a sufficiently modest size that it doesn’t overwhelm.

The house totals 1965 square feet in all, which consists of an interconnected two-story, one-bedroom home and an adjoining single story office space. Stern began construction in 2012 on a plot of land where he first had to demolish a run-down house that wasn’t worth renovating, and the Skidmore Passivhaus in 2013. The total construction cost, excluding land, permits and design fees, was an amazing $400. 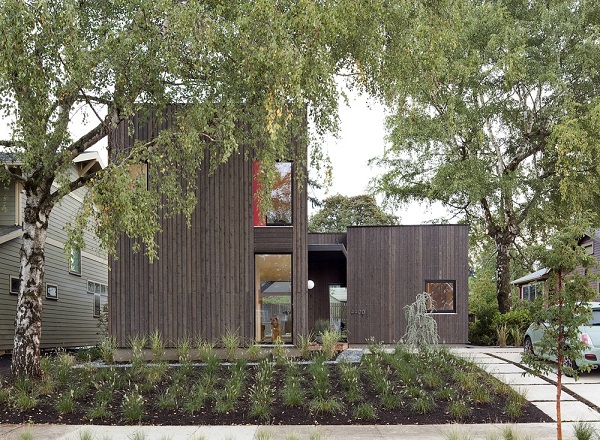 The Skidmore Passivhaus received official Passivhaus certification (PHIUS +) in the fall of 2013, and was also awarded an Earth Advantage platinum rating and Energy Star Northwest certification. Stern and his wife, artist Karen Thurman, can attest to its comfort – the home maintains interior temperatures in the mid-70s even in a summer heatwave, while it stays warm in winter using only four small wall-mounted electric heaters. In order to achieve this, the house makes use of energy-efficient technologies including: 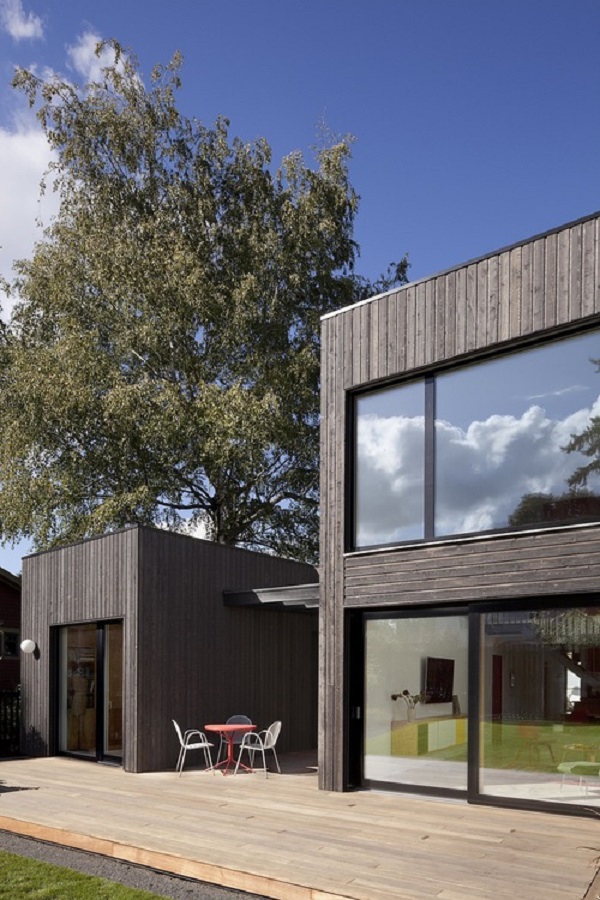 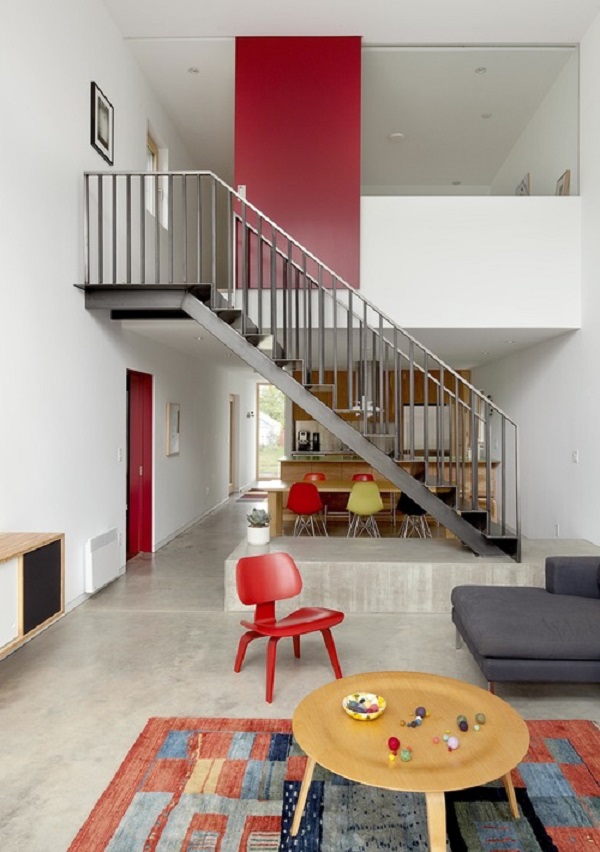 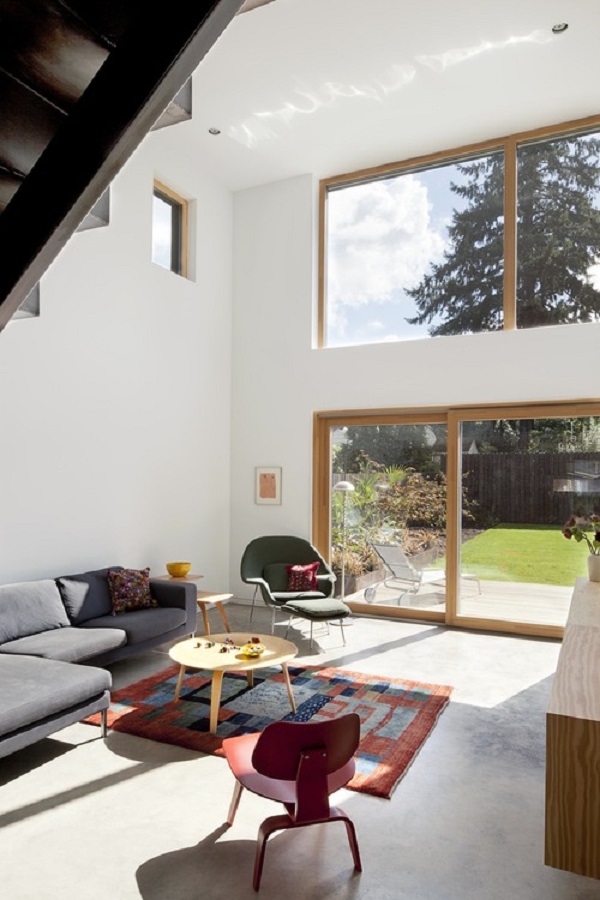 The home serves as a showpiece of sorts for In Situ Architecture, Stern’s firm, which specializes in modern, energy efficient buildings. Its interior is very light and airy, utilizing a loft space for a bedroom. The steel staircase, in combination with the concrete floors, give it an industrial feel, but the bold primary colors used for doors and furnishings help to offset what could otherwise be a stark and chilly look. The home and office buildings are connected by a translucent awning and a mahogany outdoor deck, and the dark wood exterior allows the home to blend harmoniously into its natural surroundings. 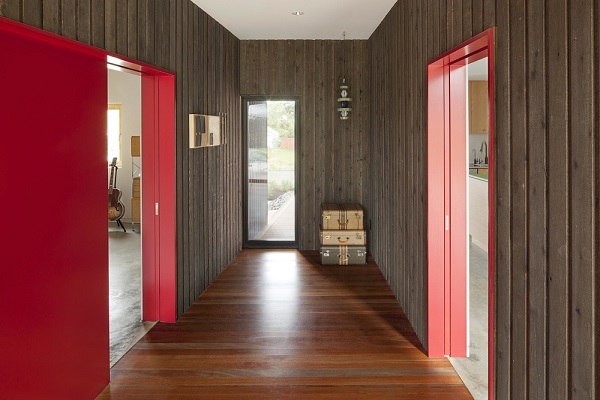 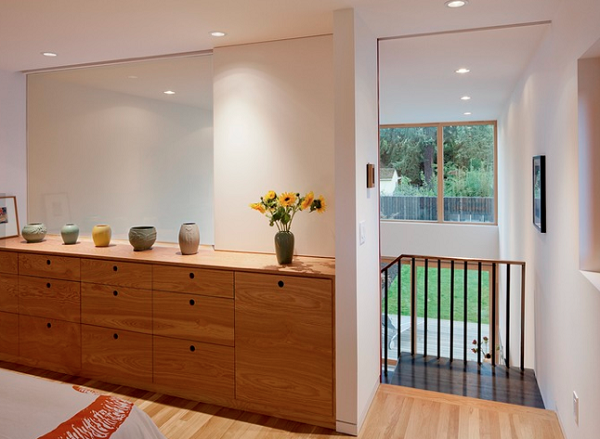 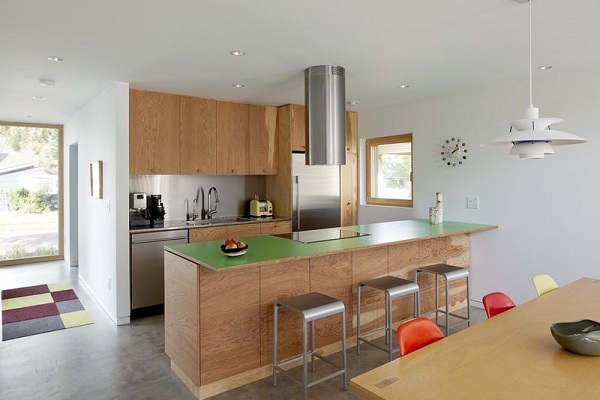 Shortly after completion, the Skidmore Passivhaus was included on the American Institute of Architects Portland’s Design Matters tour of exceptional homes, and it has also been featured in Portland Monthly. Jeff Stern’s design certainly deserves recognition for its style as well as the technology utilized, but perhaps the biggest perk of all it the fact that he now lives in such an attractive, affordable and livable home.  (Images: Jeremy Bitterman and In Situ Architecture).