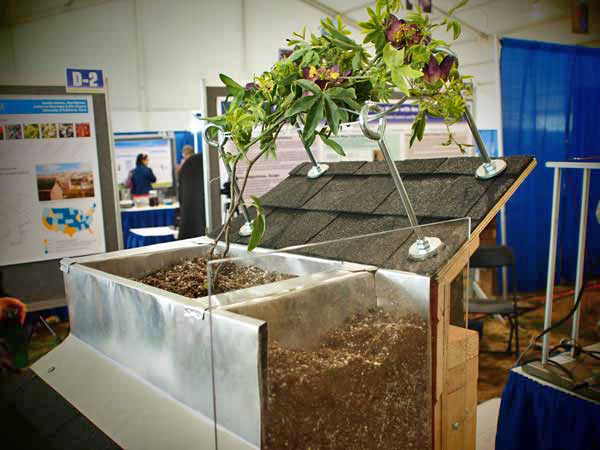 Green roofs are one of the hottest concepts in sustainable living today, but they are not without problems – one of the most serious being, if you try to add one onto a preexisting structure, you run the risk of damaging the building due to all the excess weight. Soil + water = very, very heavy, after all.

So what can you do if you want a living roof, but you’d rather it stay up on top of your house rather than crashing down into your living room? Researchers from the University of California Davis have come up with an ingenious solution to the problem, a lightweight retrofit system adapted for residential and commercial use. 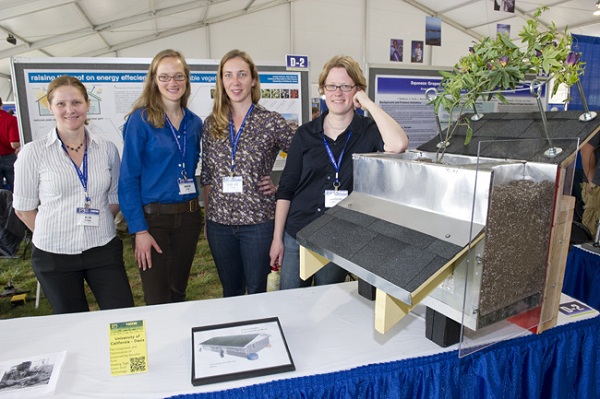 The UC Davis team spent several years studying green roof technology before coming up with their innovative system. They identified numerous benefits to be derived from the ability to add a green roof onto an already-existing building:

The system they came up with, which addresses the issue of adding a significant amount of weight which could potentially damage a building not originally constructed to include a green roof, involves a system of lightweight planter boxes and trellises. The boxes are installed along the edge of the roof, in the space that would otherwise be occupied by storm drains – these drains would no longer be necessary, as the planter boxes absorb rainfall. Any excess is discharged through drainboards placed beneath the boxes.

The trellises are planted with ivy vines, which extend from the soil in the boxes up to the roof’s peak. These vines help to bear the weight of the boxes, and the ivy provides additional shade. In a building fitted with a graywater system, waste water from sinks, showers and washing machines can then be used to sustain the rooftop garden. 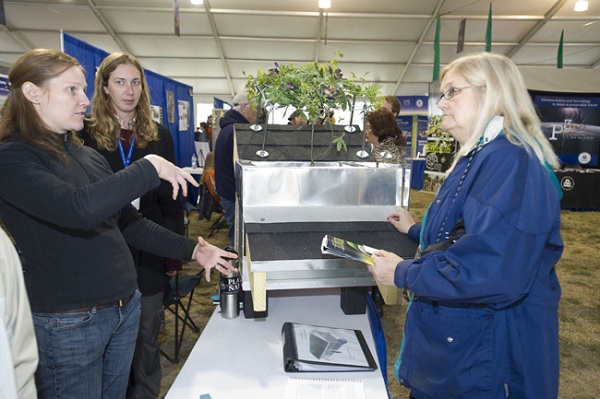 The UC Davis team won a $15,000 grant from the Environmental Protection Agency’s P3 program, which stands for People, Prosperity, and the Planet. This grant allowed them to develop their design and bring a model to the seventh annual National Sustainable Design Expo, which was held in April of 2013 at the Washington Convention Center in the District of Columbia.

Their prototype took its place alongside other green technology inventions such as a tailpipe that uses algae to filter car emissions, a portable water purification system that fits in a backpack and a solar-powered jet engine, but it stood out in the pack due to the fact that this concept could be of immediate use to today’s urban (and suburban, and even rural) homesteaders looking to make their property more sustainable – and stylish, to boot. 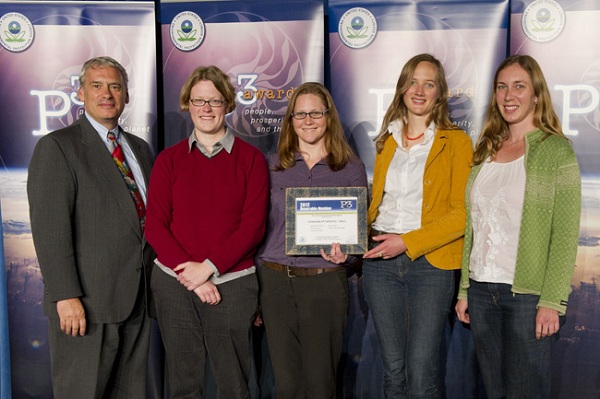 The planter box and trellis retrofit system is still in the development stage, with the UC Davis team working to develop models for commercial as well as residential use and to select plants that would be both fire-retardant and able to support pollinators. They plan to install two or three such systems, and to monitor them to make sure they are both energy-efficient and unlikely to cause any structural damage.

They are also looking to conduct outreach and take their product on tour to demonstrate it, both as a way to attract investors as well as potential customers once the product is ready to hit the market. If the outcome is as expected, it seems to us like a slam dunk – it would be one of the few products out there that lets you recycle the home you already own into a cleaner, greener residence. 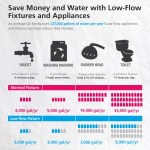 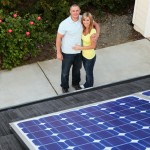 How Going Solar Can Cost You Nothing
{ 0 comments… add one }