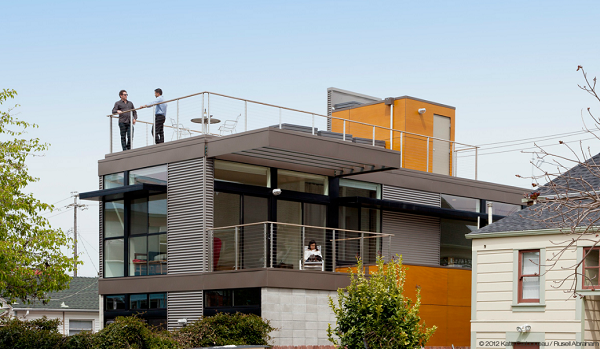 A California-based modular design company Simpatico Homes, is pioneering an affordable, sustainable and infinitely customizable system based around a series of modular building blocks. These homes combine the budget-friendliness and flexibility of the best modular systems with a sleek, modern design that completely de-stigmatizes the modular concept.

The founder Seth Krubiner grew up in a home designed by postwar developer Joseph Eichler, a modernist pioneer who built more than 11,000 California homes in the ’50s and ’60s. Krubiner and architect Robert Swatt, whom he met while promoting the architectural firm Swatt|Mier, found common ground in a shared enthusiasm for Eichler’s style.

When they realized that these type of homes could, with today’s technology, be more efficiently built in factories without sacrificing any of the design elements they found so appealing, Simpatico Homes was born. Together with Steven Sept, a fellow architect at Swatt’s firm, they created their first modular home in 2011. Krubiner was his own firm’s first customer, and still makes his home in that prototype model. 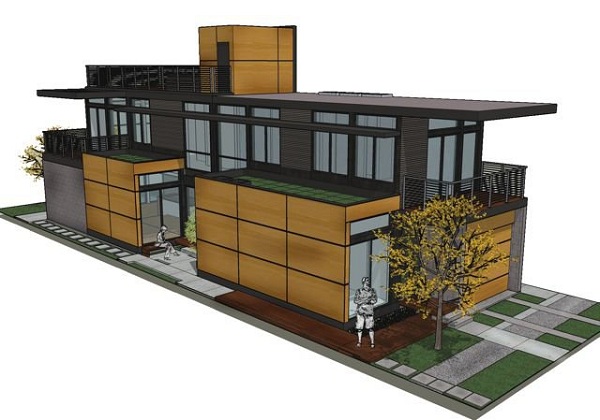 What makes a these homes truly unique is that it’s not a one-size-fits-all box. Instead, each home is composed of a collection of modules which can be arranged to fit any type of environment. They can be used to form ranch homes, town homes, vacation cottages and outbuildings, and are suitable for any size lot, even one on sloping ground.

Home plans are available for both one-and two-story models, and there’s an option for an attached garage. Ceiling height can also be customized – currently, the factory-built walls are available in nine-foot and ten-foot models. Krubiner’s 2,083-square foot three-bedroom, three bath home consists of six modules fitted to his narrow 30 by 98 foot city space, and includes a roof deck, two outdoor terraces and a two-car tandem garage. 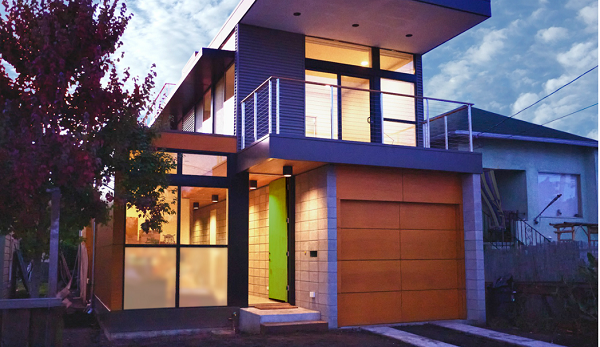 The super-cool midcentury modern style also sets a Simpatico home apart from run-of-the-mill prefab units. These elegant Eichler-inspired homes seem like something created by a high-priced architect, and yet the modular construction means that they can be had at a far lower cost. Even the lowest-priced models designed by Swatt|Mier run over $400 per square foot, while a Simpatico home costs about $270 per square foot. Despite this low price tag, most people who see Simpatico creations have trouble believing that they are actually modular units. 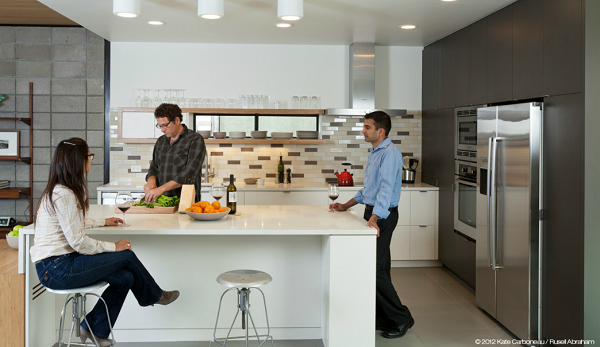 While these homes reflect a mid-20th century design aesthetic, their technology is strictly 21st century. Sustainable, eco-friendly features incorporated into Krubiner’s home include:

In an unusual move for a modular company, Simpatico does make use of some site-built components such as the insulated concrete walls used for the garage and living room in Krubiner’s home. These block walls are a cost-effective option for a home’s exterior, as well as for interior walls that don’t require heating or plumbing. They can be built on slab rather than foundation, and require no sidewall or drywall.

As if all of the above weren’t enough, Simpatico homes has also streamlined the design, engineering and fabrication process such that homes can be delivered and constructed in only half the time it takes to build a house on site. Speedy, flexible, affordable, stylish and eco-friendly…we think they’re on to a winner here. 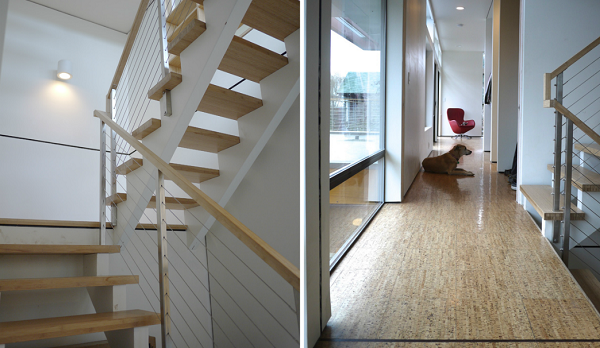 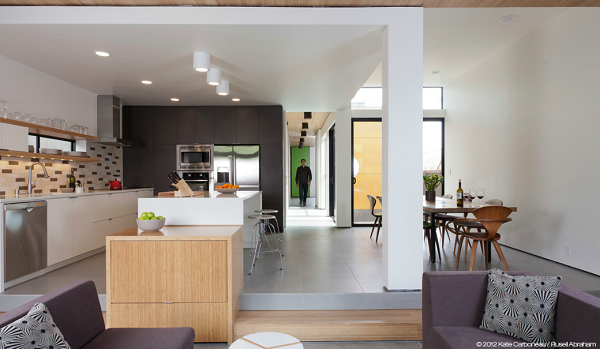 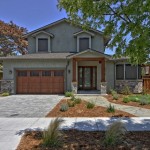 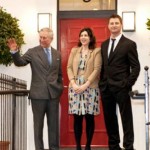