Most advice out there on efficient lighting simply states what you already know: switch to LEDs or CFLs, embrace natural light, look for the Energy Star logo, yada yada. We get it. These days, CFLs are in over 70% of U.S. homes, and LEDs are everybody’s hero. But what if you want to go even greener? The answer there is less obvious. 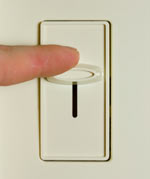 If you have multiple light fixtures on one switch, you might consider giving them more than one. For instance, you can use different switches for the multiple recessed lights in your kitchen – one switch for the lights over the table and another for the lights above the prep area. This way you’ll only use the lights you need.

The second option is a little simpler – just swap your traditional light switch for a dimmer. Not only will lowering the lumen output of your light source save energy, it’ll also increase the life of your light bulb. Just think – dimming a light by 50% saves 40% of the energy it takes to power that fixture and your light will last up to 20 times longer!

2. Not all light bulbs are created equal. 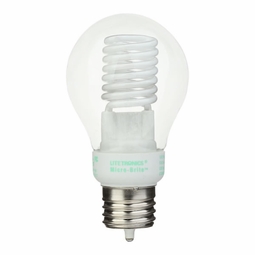 Sometimes even CFLs and LEDs fail to make the grade. They don’t work with those nifty traditional dimmers, and though you can save energy by dimming them with a special compatible dimmer, the process still decreases the lamp’s lifespan. Furthermore, CFLs and LEDs don’t respond well to excess heat, and CFLs won’t reach their predicted 7th birthday if they’re turned on and off frequently or exposed to moisture.

So what’s a homeowner to do? Well, there are several different light sources that have flown stealthily under the radar, until now. CCFLs, or Cold Cathode Fluorescents, can work anywhere CFLs do, but they’re much more durable because of their hardy cathodes. They’re easily dimmable and you can switch them on and off all you want. Even without dimming, these lamps last between 2 and 3 times as long as a CFL.

For outdoor light fixtures exposed to high levels of heat and other cruel elements, you may want to try out a pulse-start metal halide lamp. They have a slightly harsher color temperature than the latest LEDs and CFLs, but they can give you a whopping light output for minimal energy use, and man, are they robust. With a lamp life of up to 26,000 hours, they rival even LEDs!

3. Lights are recyclable too.

Good green lighting enthusiasts don’t stop being green when the lights go down. 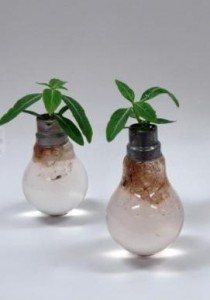 When your LED bulbs are no longer usable, which probably won’t be until after your kids are grown and hovercrafts are a commercial reality, you’ve got to recycle them. LEDs contain nickel, colored LEDs contain lead, and even trace amounts of arsenic have been found in the lamps. All that festering in a landfill isn’t doing us any favors. Over 95% of an LED is recyclable, so professionals can filter out the bad stuff and use the good stuff over and over (until your kids have kids and hovercrafts are a thing of the past!)

For CFLs, recycling is a matter of public health. In every CFL, there’s a tiny bit of mercury, which is harmless if it’s intact, but if the light bulb breaks, it quickly becomes a hazard. Shattered CFLs in the garbage are harmful to the health of our waste management workers, and subsequently leach into the landfill’s soil. To sustain our health and our planet, find a local EPA approved CFL recycling site (Often Lowe’s and Home Depot collect them too).

If a CFL does break in your home, you can clean it up wearing gloves and a protective mask. Sweep all the dust into a sealed container using a damp paper towel, and turn off the central air for 15 minutes. Take the container to your recycling center.

So there you have it. Some technical and some intuitive strategies that people haven’t been shouting quite as loudly about. Still wish you could go greener? Don’t get discouraged! Sustainable technology is still relatively new and it’s developing fast; steadily becoming more efficient and cost-effective. In a few years we’ll probably have energy saving strategies that right now we can only imagine!

Annie Josey is a blogger for Pegasus Lighting, a national lighting retailer enthusiastic about helping everyone find the perfect energy efficient lighting products. 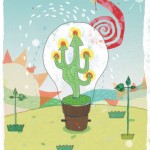