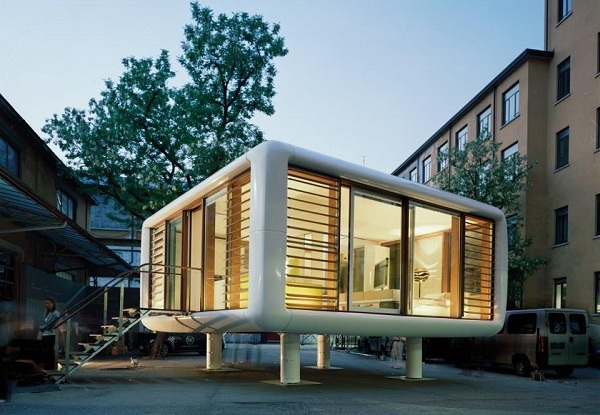 German architect Werner Aisslinger has come up with a revolutionary new concept – a tiny (420 square foot) prefab cubic building that can be delivered anywhere via truck or freight helicopter.

This “mobile home for urban nomads”, as its creator describes it, can be set up in just 2 days, and takes half that time to tear down again, making it easy to relocate.

Aisslinger, who first exhibited his design for the LoftCube in May 2003 at the inaugural DesignMai festival in Berlin, was inspired by a wish to create a minimalist temporary dwelling that would provide a comfortable, yet aesthetic, living solution for people residing for brief periods of time in crowded urban areas. He envisioned his cubes as being available for purchase to homeowners who would then rent the necessary space on which to “park” their homes, or possibly bought by building owners who would then rent out the existing units to short-term tenants.

The units went on the market in the fall of 2004, and have since won numerous prizes including the Design Prize of the Federal Republic of Germany, Milan’s Compaso d’Oro, and the international Red Dot award. 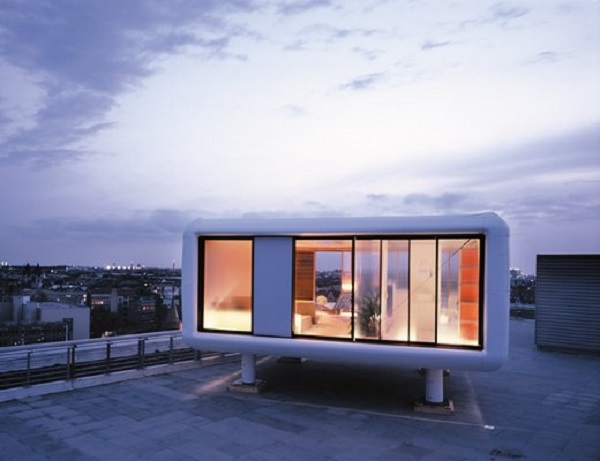 While minimalist in design, these homes don’t skimp on the little luxuries. The windows on all sides of the cube provide a stunning 360 degree view of the surroundings, with an optional skylight adding still more translucence if desired. The interior space can be divided with sliding panels on tracks into customized living areas, bedrooms, kitchens and bathrooms, according to the owner’s needs. While the cost is a fairly low 60,000 euros (about $83,500), the furnishings and fixtures include Corian countertops, heated floors, coordinated lights and a bathroom showerhead than can transform into a sprinkler. 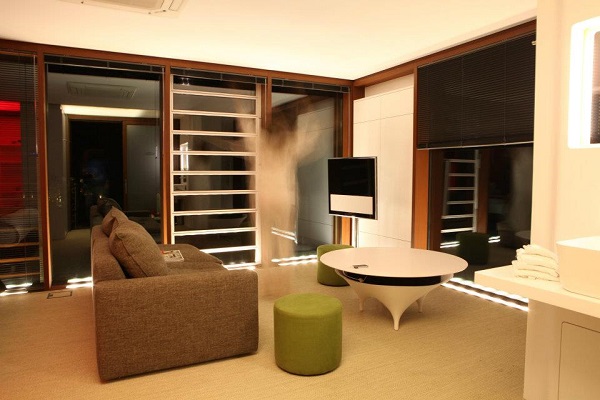 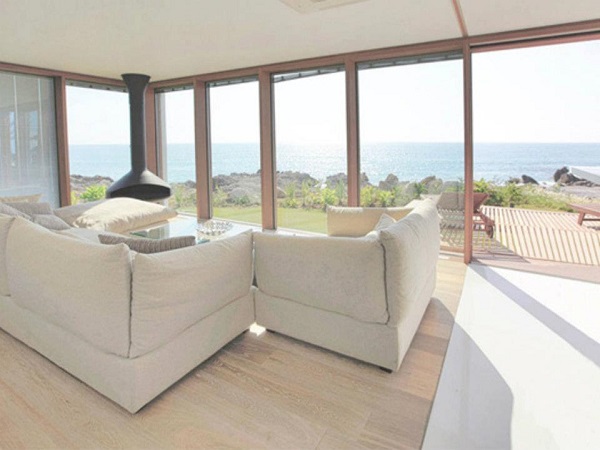 The LoftCubes are also eco-friendly in a number of ways. They can take advantage of space that would otherwise go to waste, and their tiny size makes for a very small carbon footprint. The prefab construction saves on materials and energy, and units can be customized with energy-efficient climate control systems. 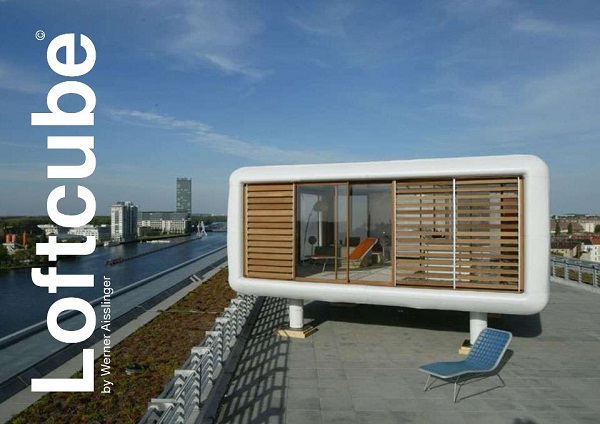 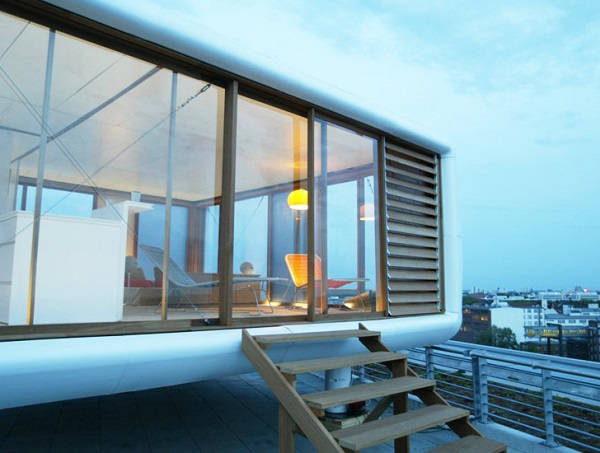 Although originally designed to perch on the flat city rooftops of downtown Berlin’s numerous postwar highrises, LoftCubes have been appearing in a wide variety of locations:

Functional, comfortable, stunning and easy on the environment – the LoftCube is a huge leap forward in the concept of mobile homes, whether urban or otherwise.  Here’s an idea – go anywhere in the world, find a spot with best views, open your smart phone, click the “Order” button on Amazon and have it parachuted to you within few hours! 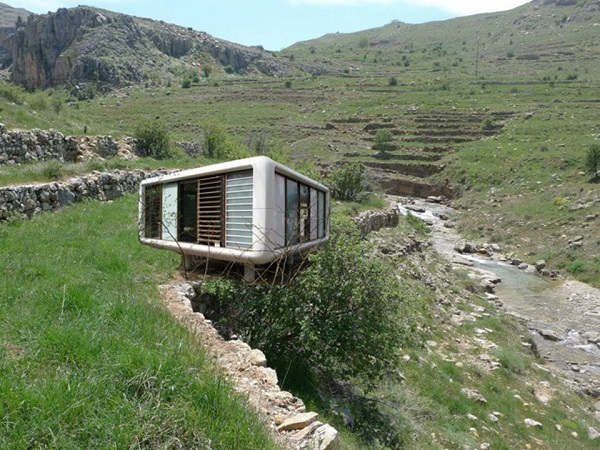 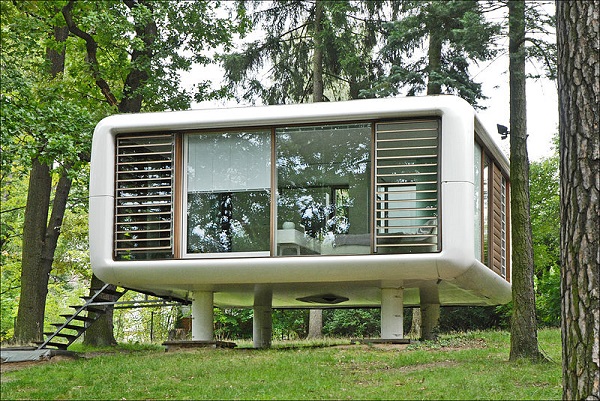