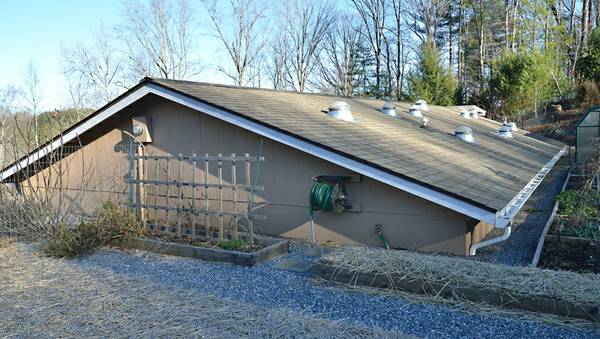 It all started out as an idea that came to David Ehlers, a North Carolina do-it-yourselfer, as he was working on the basement of his old home, a traditional brick ranch – why not build a new home, one that is all basement? He figured that this type of home would be more energy efficient, and it would certainly afford a great deal of privacy.

The first thing Mr. Ehlers did when he conceived this idea of an “earth berm” home was to go online and start researching to see what he could find about pre-existing homes of this type. He found out that these homes aren’t very common (for very good reasons), but there is one very prominent proponent of this building method – Microsoft founder Bill Gates, a multi-billionaire who could certainly afford any type of home he chooses, lives in an earth-sheltered mansion in Washington state.

While Ehlers certainly wasn’t planning anything along the lines of Gates’ 66,000 square foot, $63 million estate, at least he knew he’d be in very good company if he went ahead and pursued his dream.

And pursue it he did – Ehlers, who works as a commercial window cleaner, built the entire house himself on a plot of land he owned in Lenoir, NC, only contracting out the electrical and plumbing work. The house was actually a family project, as his wife joined him to help work on the roof.

Although the house is sunk into the ground, it isn’t, as Ehlers points out, an underground dwelling. In order to be considered underground, the house would have dirt on the roof, which his does not.

In fact, from the front, most of the house is visible – its not until you get a side or back view that the earth-sheltered aspect becomes apparent. In fact, if you stand on the steep hill that overlooks the Ehlers residence, all you’ll see is the house’s shingled roof. 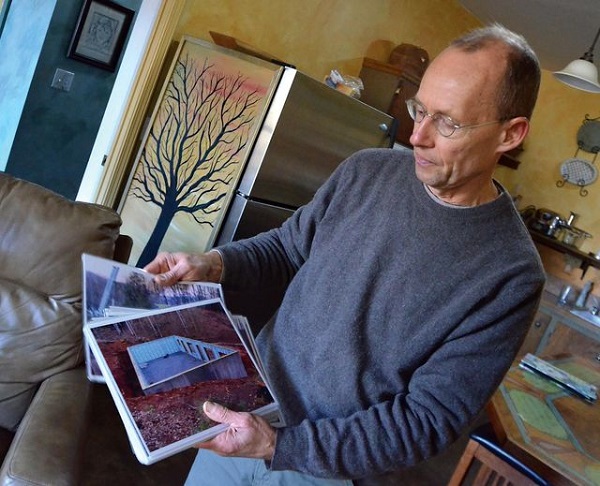 The house was made from pre-made walls, which were then lowered 8 feet into the ground. Although an earth-bermed house sounds like it might be very dark, the tubular skylights installed in the roof of Ehlers’ house ensure that it gets plenty of natural lighting. According to Ehlers, the house stays just as light as any other type of home during the day, and doesn’t feel cave-like at all.

The main reason for building such a house, though, was to capitalize on its energy-efficient properties. Ehlers and his family have been living in the house for over 7 years now, and they’ve found that it has, in this respect, certainly lived up to expectations: 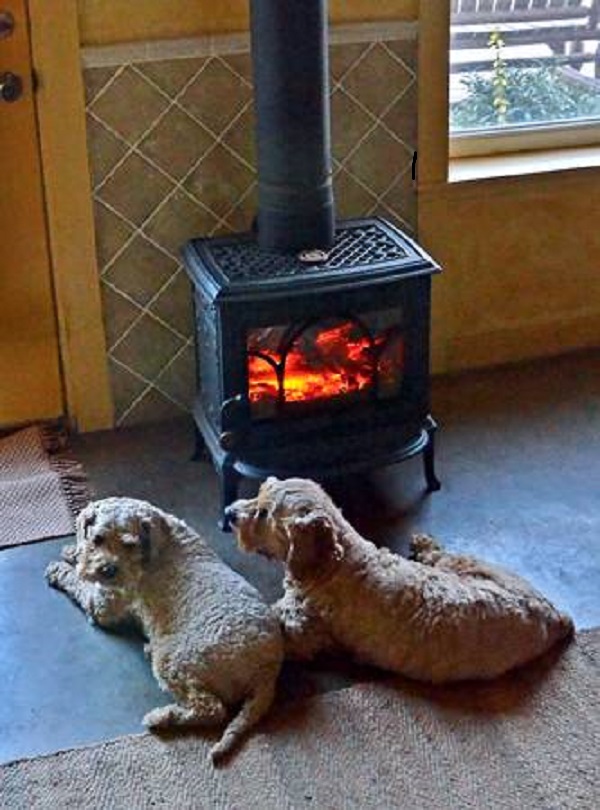 The U.S. Department of Energy notes that earth-bermed homes such as Ehlers’ also have several other advantages apart from their energy-efficiency in that they require little in the way of exterior maintenance, and are fairly soundproof due to the soils that surrounds them.

They are also quite resistant to hail, high winds and even natural disasters such as tornadoes or hurricanes, so an earth-bermed home way warrant lower insurance premiums. One final eco-friendly perk is the fact that such a dwelling can blend harmoniously into the surrounding landscape.

So there you have it – the earth-bermed home. Safe, naturally climate-controlled, and without having to sacrifice sunlight. Endorsed by the Department of Energy, and good enough for Bill Gates himself. And as Mr. Ehlers has shown, such a shelter is not beyond the reach of anyone with basic construction skills. While such a home may not be for everyone, earth-bermed construction is certainly a viable option for today’s eco-friendly housing.