Ancient Wisdom: The Biggest Climate Enemy is NOT the Greenhouse Gases 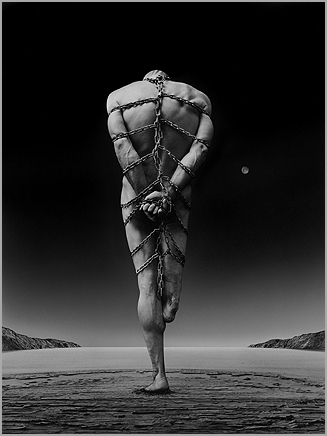 Image is by a wonderful artist: Misha Gordin. You can enjoy more at bsimple.com

Can you imagine what would happen if the entire world, from the poorest to the wealthiest, would wake up tomorrow with one single thought in mind: “Yes, the planet’s ecosystems are in peril, I have contributed to it but I can also make things better because my actions matter.  From now on this is a priority.”

What would happen to the world in one year after we woke up with that one thought and took action?  What about five years?  How would it feel to breathe clean air in our cities and sustain ourselves without depleting earth’s natural resources?  While we could only speculate, it is invigorating to even give it a thought.  But what’s even more entertaining is how, while trying to imagine this Pandora like, new world, our minds have already spit out the most potent green house gasses of them all –  doubt.

In the age where many are paralyzed by apathy towards climate change one can blame nothing but doubt.  Doubt is a product that we get for free these days either on TV, newspapers, the internet and from our less joyful friends.  But do we ever think what could be the real cost of doubt?

Recently, while reading a wonderful book called Tibetan Book of Living and Dying, I came across wise words from a Buddhist teacher with a name of Sogyal Rinpoche.  These were the most powerful and illuminating words about the nature of doubt that I have ever heard.  He said:

“Our minds are riddled and confused with doubt.  I sometimes think that doubt is the greatest block to human evolution.  Our society promotes cleverness instead of wisdom, and celebrates the most superficial, harsh, and least useful aspects of our intelligence.  We have become so falsely “sophisticated” and neurotic that we take doubt itself for truth…”

He further goes on to explain: “Our contemporary education, then, indoctrinates us in the glorification of doubt, has created in fact what could almost be called a religion or theology of doubt, in which to be seen to be intelligent we have to be seen to doubt everything, to always point to what’s wrong and rarely ask what’s right or good, cynically to denigrate all inherited spiritual [or environmental] ideals and philosophies, or anything that is done in simple goodwill or with an innocent heart.”

As for the advice, Sogyal Rinpoche suggests to employ a a more useful style of doubting: “like analyzing gold by scorching it, cutting, and rubbing it to test its purity.”  “For that form of doubt would really expose us to the truth if we followed it to the end.”  So instead of contemporary nihilistic form of doubt, this great teacher suggests we put to use the so called “noble” doubt, the kind of doubt that is an integral part towards a healthy advancement.  He kindly advises us to “first and foremost doubt our own ignorance, our assumption that we understand everything already, and our passion for so-called explanations of “reality.”

These are some seriously deep insights, aren’t they?  When you think about it, it’s not the green house gases that are the biggest enemy to earth’s atmosphere; it’s a product that we produce ourselves in unlimited quantities.  It is doubting wether our actions matter and that we, as people, do contribute to climate change, which slows us down and sometimes even stalls our progress towards investing into renewable energy and enjoying a greener lifestyle.

At the same time, this is also the best news ever.  If we only became aware of the parallelizing type of doubt many of us have unintentionally befriended and instead, employed the “noble” type of doubt as mentioned by Rinpoche, the world can literally start changing for better over night.  The ultimate solution is truly in our heads already.

The 10 Rules For Being Human and More

Feng Shui: How Your Home Can Affect Your Physical and Emotional Health
{ 0 comments… add one }