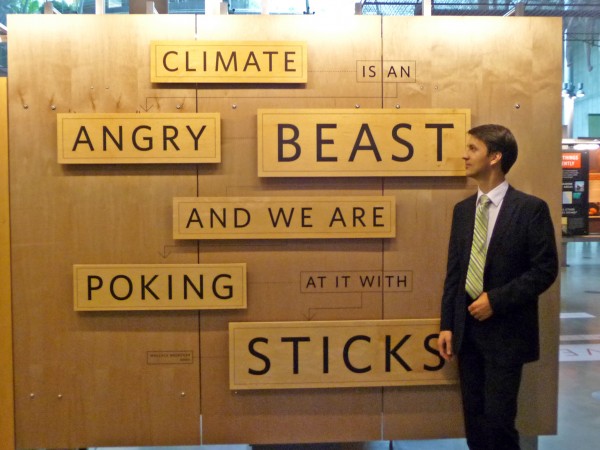 You must have heard by now the term – Carbon Footprint.  Many folks, including myself, for years had no clue what it truly meant and what to eat it with.  It could be that the word “carbon” confuses most people so personally I like the term – environmental footprint.   It’s more obvious and easier to relate to isn’t it?  Plus, most folks relate carbon to green house gas only but we sure have a much wider effect on the environment than merely passing gas into the atmosphere.

Basically, our life on the planet generates its own set of environmental footprints by virtue of our use of natural resources.  Almost everything we touch, eat and throw away has an effect on the environment.  This is the footprint we leave behind after we interact with nature.  This has been going on ever since humans inhabited the planet and this caused no problem because nature could cope with our existence.  The footprints left behind were quickly replaced by green grass and a new animal was born to replace the one freshly barbecued over a bonfire.

As time went on, population grew (watch this video) and tools were introduced into society, ostensibly to make life easier on humans, and humanity’s carbon footprint increased proportionately.  Eventually we started multiplying and consuming natural and non-renewable resources at a speed that is now putting a humongous strain on the planet.  Our environmental footprint became bigger than the ground it can stand on.  Thus, we now experience troubling events like climate change that is at least in part brought about by us, humans.

So now for the scientifically inclined here’s an official definition:  Carbon Footprint is the total set of greenhouse gas emissions caused by the activities of individuals and organizations as well as their consumption of natural and man made products.  It is expressed in terms of the quantity of carbon dioxide and other greenhouse gases emitted.  At present, most scientists agree that global warming can be attributed to more than 90 percent of human activities and consumption.  This simply means that our lifestyle has a direct effect on the climate.  The problem is that it happens in such a subtle way that we can not connect the dots.

Everything like our choice of cars, food packaging, personal hygene products and slow embrace of renewable energy options causes land, air and water pollution.  All of this is not only making all of us sicker but also causes irreparable damage to the local and global eco- systems.  It does not have to be this way.

Solutions to Lessening Your Carbon Footprint

Fortunately, we can reverse some of these harmful trends by adopting greener living habits.  Remember, the easiest to implement changes have the biggest effects.  All that’s needed is some careful consideration and thoughtful execution until the new habits kick in almost automatically in our daily life.

1.  Start with simply buying and consuming less stuff.  I remember growing in Eastern Europe where every four or five days I had to take the garbage bucket out to the dumpster site.  What happened to those days?  Seems like every day now we empty a five gallon trash bin and fill up the recycle bins before they are even due for pick up.  Incredible, isn’t it?  Making an effort to produce less waste will have a huge positive impact and should be the first step to implement.   Need more motivation?  Watch this revealing video about the real price of “stuff”.

2.  Read the previous post called “Green Your Home in 5 Easy Steps”.  Since homes consume 40% of the nations’ energy resources and produce twice as more greenhouse gas emissions than all passenger cars, giving your home an energy tune-up is the second best place to start.

3.  If you really want to become a green whiz then download the Go Green and Save Green e-book that you see in the upper corner.  It will take you some time to read all the tips but it will give you so many ideas on how to reduce your environmental footprint your eyes will turn green.  Do your part, we’re in this together.

Why we’ll Weather This Storm and Any Other They Throw at Us!
{ 3 comments… add one }