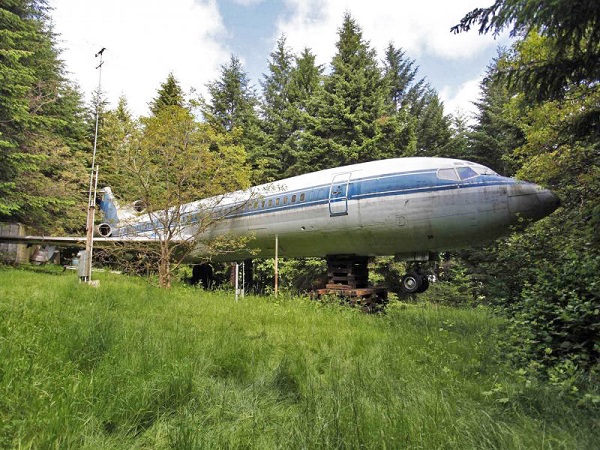 There are people who are eager to defy conventionality to such lengths that they are willing to live plainly on a plane. Bruce Campbell, 64, a retired electrical engineer from Portland, OR., calls his home a 737 Boeing Jet, purchased in 1999 and turned it into his personal residence.

Ever since Bruce hauled the aircraft and set it to rest on an empty lot in the Pacific Northwest city he has spend $218,000 restoring the airplane and turning it into a livable space with all the essential amenities of a standard house.

A Reuters article, which initially covered the story, revealed that Bruce spends about six months of the year in his rather unique residence where he sleeps on a futon situated only a few feet away from the cockpit door.

“The cabin and cockpit combination provide 1,066 square feet of exhilarating aerospace quality,” Bruce writes on his website.  He also explains why he opted to turn the airplane into a home: “I don’t mean to offend, but wood is in my view a terrible building material. It biodegrades – it’s termite chow. And microbe (rot) chow. Or it’s firewood. It just depends upon which happens first. It’s a relatively weak material, and it’s secured with low tech fasteners using low tech techniques. And traditional rectangular designs are inferior structurally – they unreasonably sacrifice strength for boxy ergonomics,” he says.

“But retired airliners, on the other hand, are profoundly well designed, high tech, aerospace quality sealed pressure canisters that can withstand 575 mph winds and seven G acceleration forces with ease. They could last for centuries, are highly fire resistant and provide superior security. They’re among the finest structures that mankind has ever built, and it’s a shame that they’re usually just turned into scrap.” 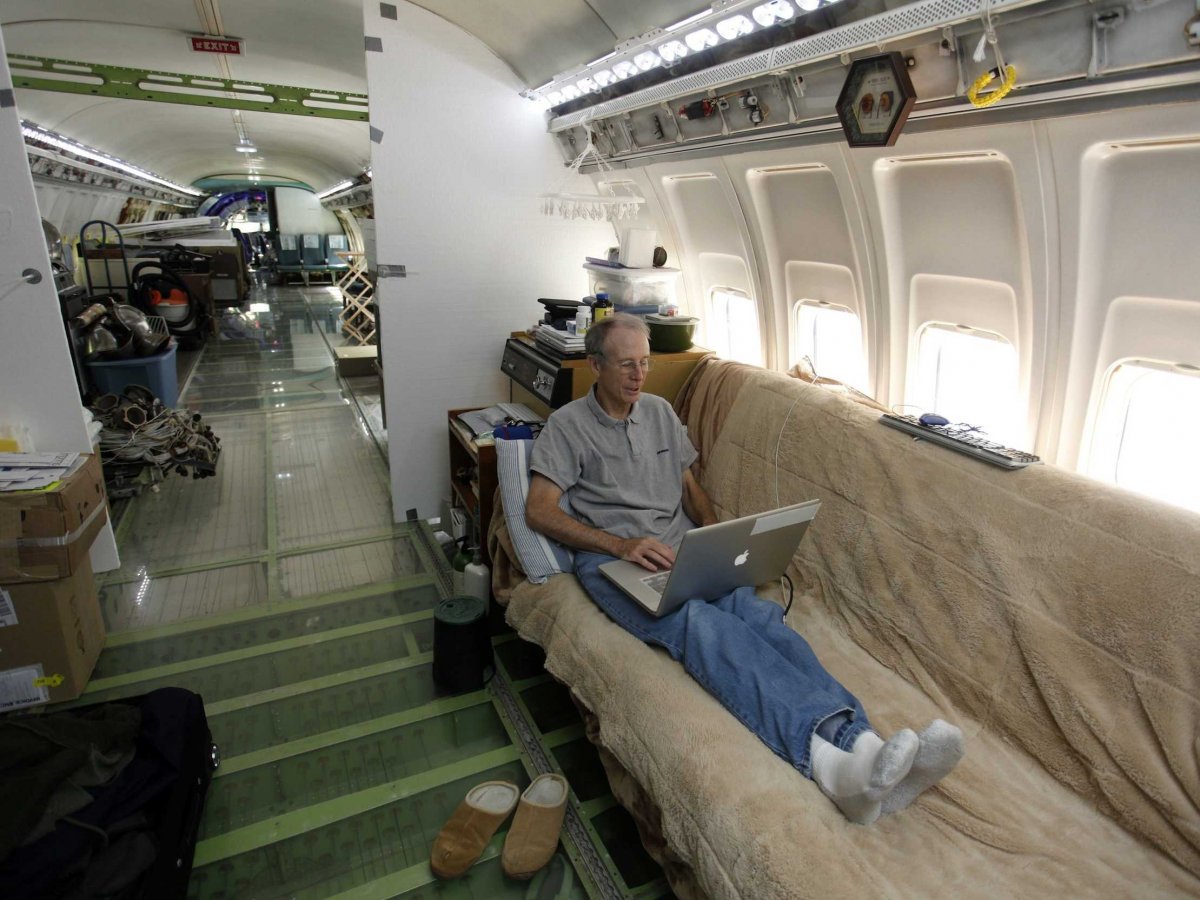 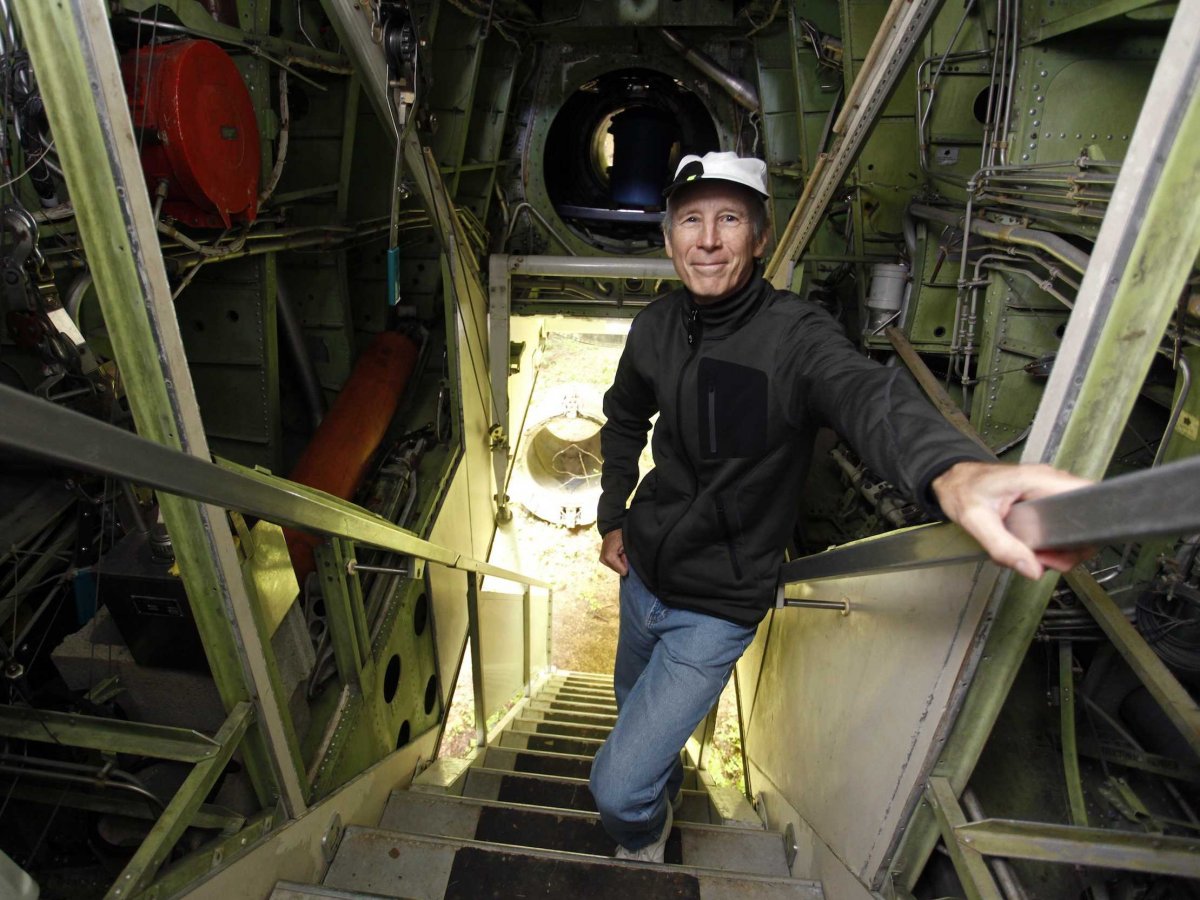 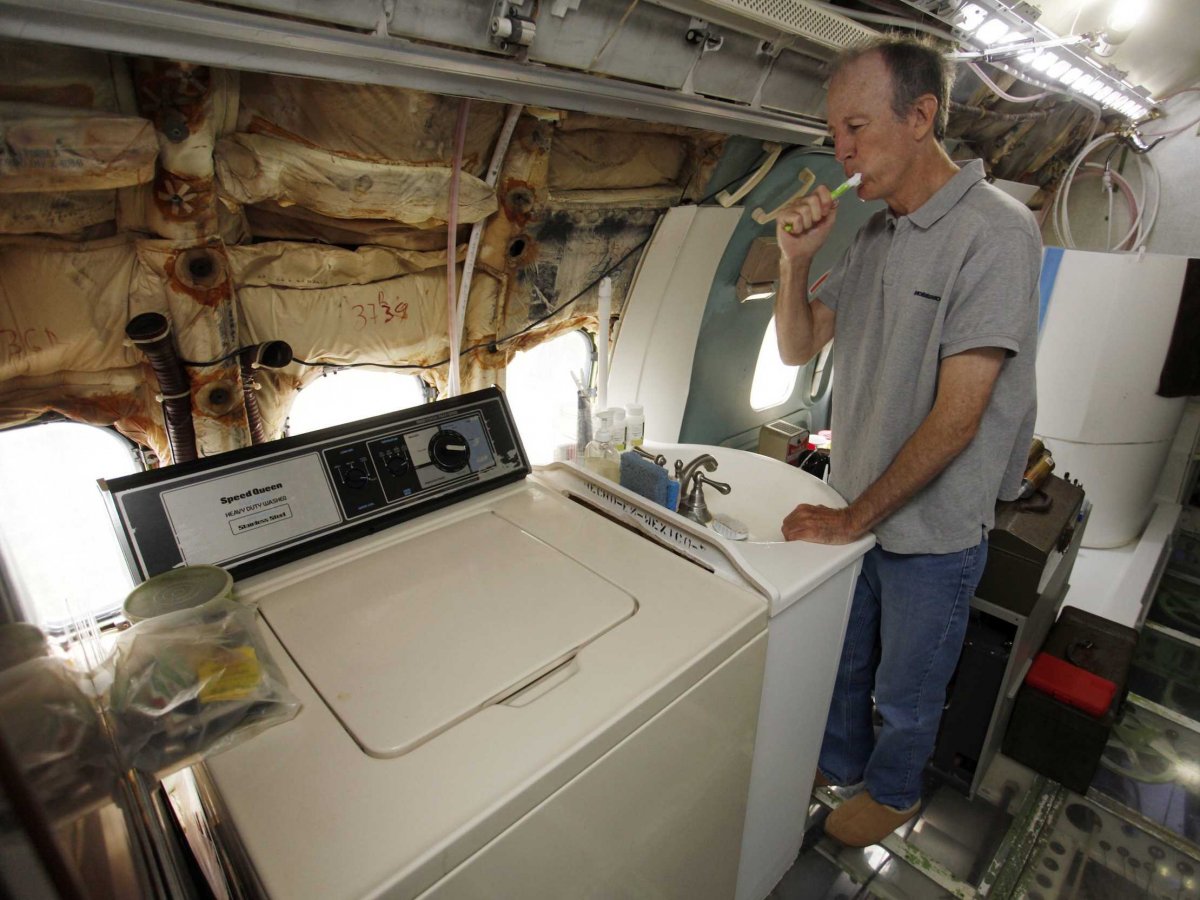 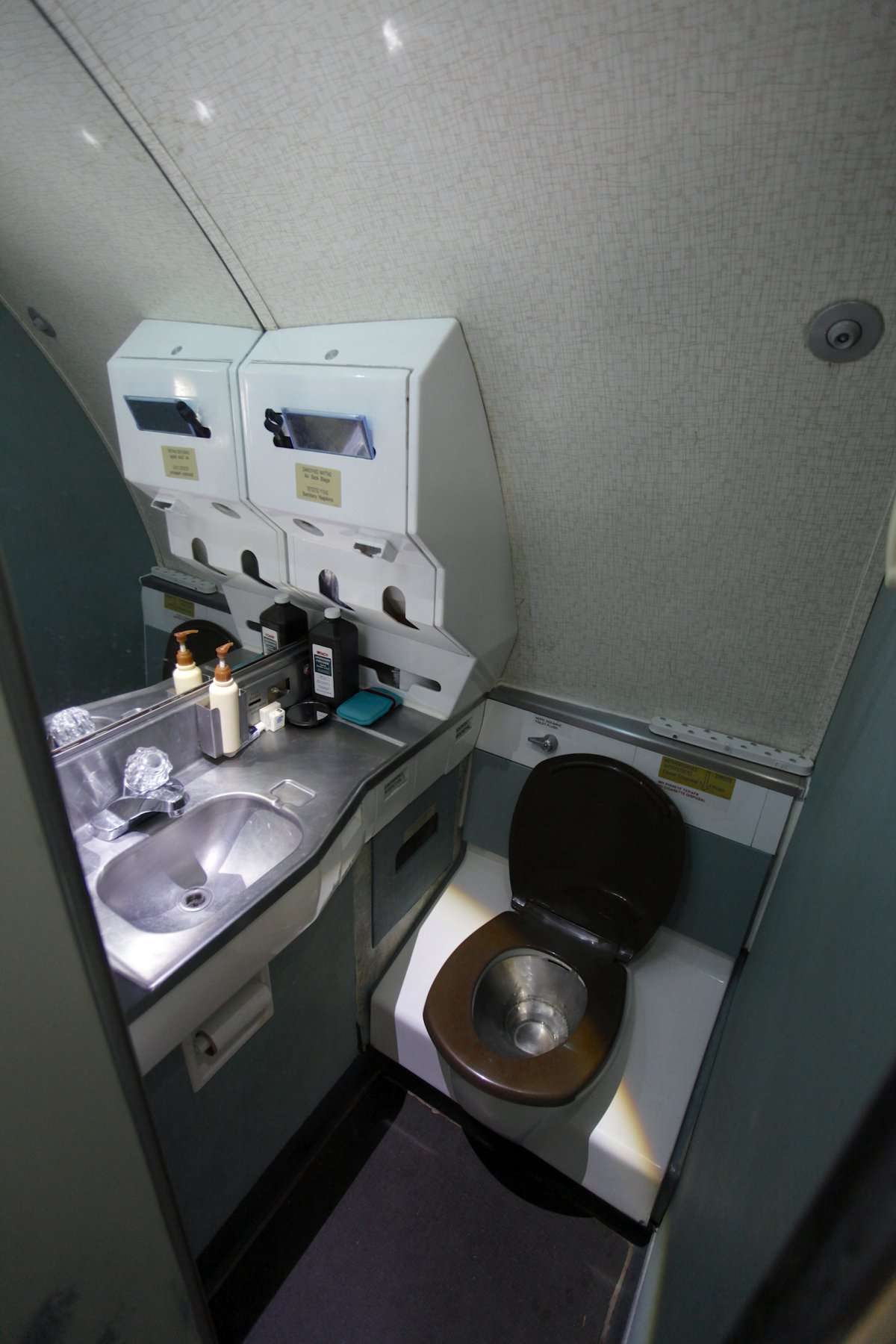 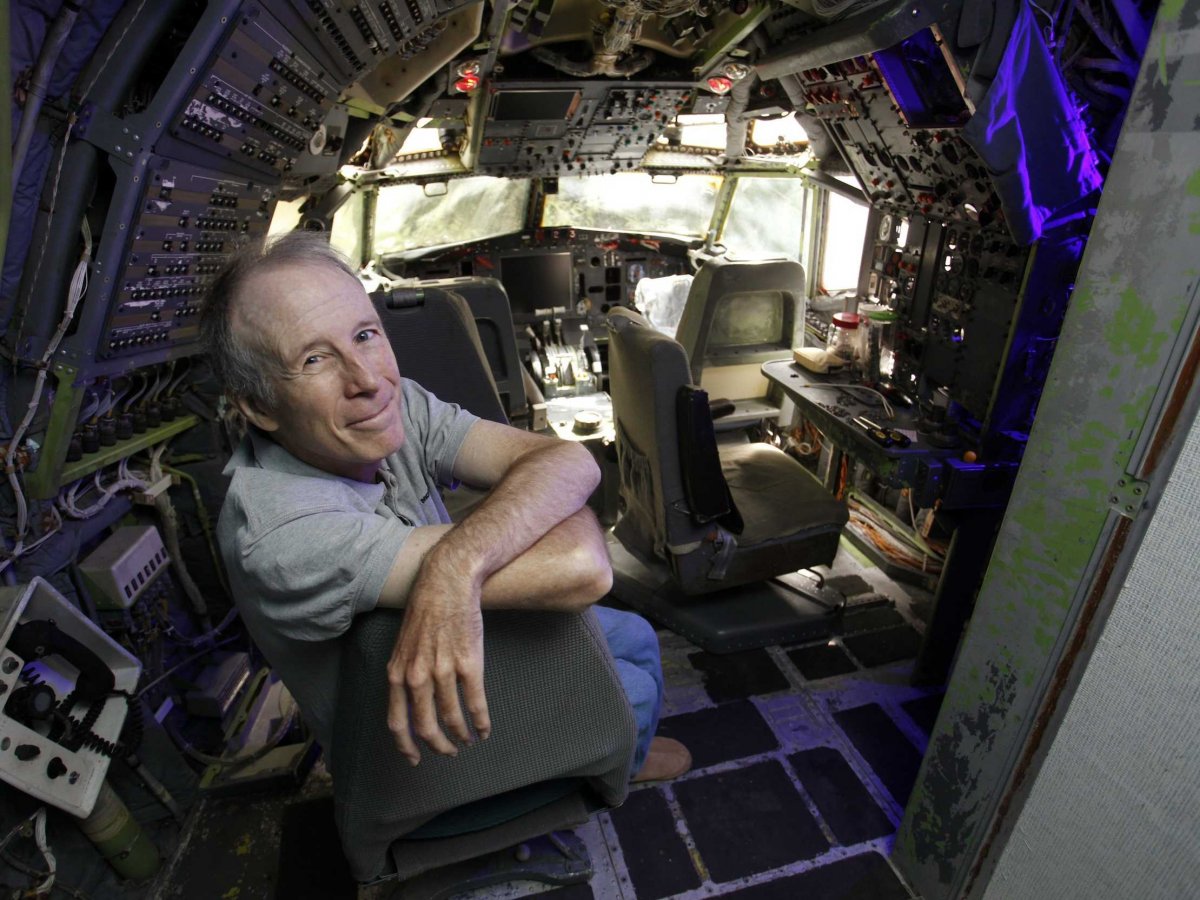 If others can get excited about such a Star Trek Nirvana home they will all be in luck very soon. Reuters reports that about 1,500 aircraft are set to be decommissioned around the globe over the next three years. If they don’t go to scrap, Bruce will have many other co-pilots.

Personally, I feel humans were not meant to live among all this metal and there is a reason why we feel best around wood and not in the plane or concrete jungle. Who knows what decaying plastics, asbestos, and other toxins can be buried in an airplane. Thumbs up for re-using and re-purposing, thumbs down for indoor air quality and harmonious environment. Whether Bruce is crazy or genius will simply depend on your taste. (Images: (Reuters/Steve Dipaola) 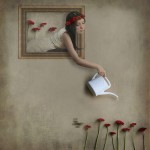 Mary, Mary, Quite Contrary, How does Your Water Wise Garden Grow?
{ 0 comments… add one }