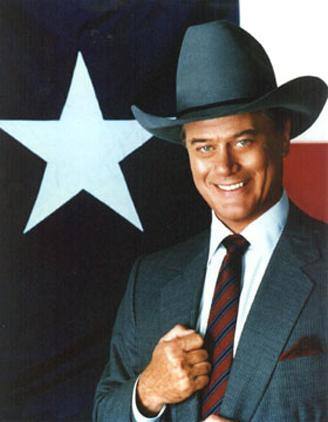 Contrary to popular belief, solar energy is being used increasingly in American homes. In fact, every four minutes, another American family installs solar panels on their home.  However, many Americans still struggle with misconceptions about the process and practicality of solar energy.

According to energy expert Kevin Moore, president of Midwest Wind and Solar, “The concept of solar power has been around for many years, but until recently, its reach in the US has been limited to mainly those leading the environmental movement. Now, as better methods for capturing and converting the sun’s rays into usable energy have been developed, it’s becoming more widely adopted.” Heck, even Texans are getting excited about it!

There are five big bad bold myths circulating around about powering your home with solar panels. Let’s put an end to them.

1. Solar Panels are Worthless in Areas with Little Sun 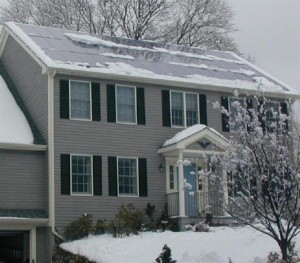 In reality, modern solar panels are designed to work in a variety of climates and weather systems. Panels in Midwestern state Indiana outperform sunny Florida for 1/3 of the year! (2) Solar panels are even a viable option in areas that get snow. While they won’t produce energy if covered in snow, the slick precipitation easily slides off, and since your panels will most likely be located on the side of your house with the most sunlight, the sun will help to melt the snow, resuming electric production.

Your area’s snow days and cloud cover are factored in to your estimated production in advance if you live in a cloudy or snow-heavy area. In addition, solar panels are designed to be hail resistant, so they will last even through the rough weather.

In fact, cold and cloudy Germany which gets less sun than all of the contiguous United States is a leading producer of solar energy. So while they function optimally in full, direct sunlight, there is still benefit to be had in unexpected climates.

2. Solar is Too Expensive

When considering the cost of solar panels, keep in mind that solar is flexible; it’s not an all or nothing system. You can start with a few panels to offset some costs and then grow your system large enough to produce more than you use. The more you install, the bigger the profit and the lower the cost to install.

Using the example of a typical twelve-panel system, the total cost would be around $12,672. You can then factor in current tax credit, which will reduce that initial investment by 30 percent, and look for any state or local rebates or savings.

This sample system would produce around 3,500 kilowatts per year, which would cover around four months of electricity for an average American home (1). Your net investment would be recovered in 5-7 years, and considering the 25-year life span of modern solar panels, you could be in pure profit mode for almost twenty years. So in truth, solar makes you more money than it costs. 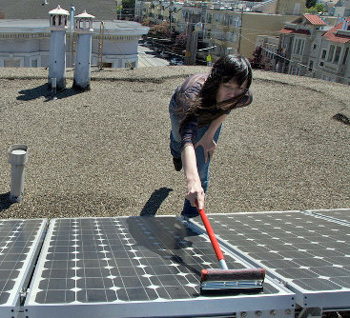 Like the expense myth, this couldn’t be further from the truth. If you give them a quick wash off twice a year, you’ll increase production a little, but if you live in a temperate climate that gets rain and snow, they are self-cleaning.

Solar panels have no moving parts that would wear out or require maintenance, and most companies include 25 year warranties that would take care of any repairs or updates.

4. Solar Panels are Ugly and Will Hurt Resale Value 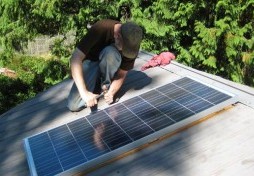 Though at their inception, solar panels were a bit bulky and unattractive, modern panels are sleek and low-profile. In addition, the inclusion of solar panels actually increases the value of your home.

A recent study by National Renewable Energy Labs found that homes with solar panels sell 20 percent faster than those without and for 17 percent more money. In addition, your home’s value rises approximately $20,000 for every $1,000 offset energy costs, according to the Appraisal Journal.

Concerned that you may not be living in your current home for long enough for it to matter? You have the option to lease rather than buy panels for no up-front cost (in many states), and if you move before your lease is up, you can transfer the lease and benefits to the home buyer. If you choose to buy the panels, even for a short-lived home, you can recoup your losses in only a few years since the panels add value to the home. 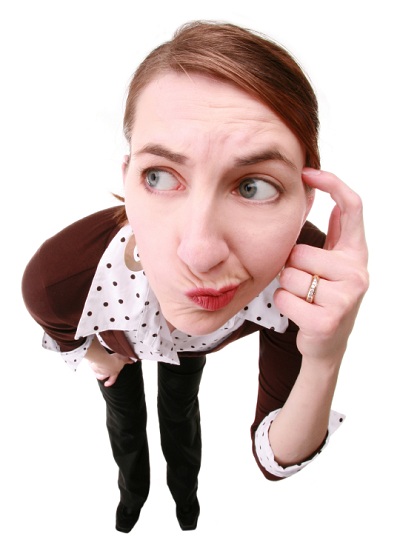 Wrong again. Most companies that sell solar panels not only include a free estimate for them to set up the system, they will also take care of any permits and registrations that need to happen in order for the install to occur. You don’t have to do anything but call.

So, when viewed objectively, solar panels are an affordable option for even cloudy climates that can end up making you money, both by offsetting electricity costs and adding resale value to your home. They are easy to install and easy to maintain. Armed with this new-found knowledge, you shouldn’t be perpetuating the “why solar” argument, but instead, start having the “when solar?” discussion.

Note: In general there are quite a few alternatives to straight out purchasing solar panels with cash but if you are considering leasing them then please read the advantages and disadvantages of solar lease first. 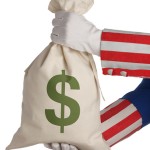 Get $1,500 from Uncle Sam for Updating Your Home