There are people who are eager to defy conventionality to such lengths that they are willing to live plainly on a plane. Bruce Campbell, 64, a retired electrical engineer from Portland, OR., calls his home a 737 Boeing Jet, purchased in 1999 and turned it into his personal residence. Ever since Bruce hauled the aircraft Read more 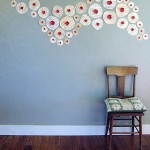 When it comes to home décor that has been recycled or upcycled, there are only two real questions most homeowners ask: why choose such products and what is available? Okay, in truth you might be wondering, for starters, just what the difference is between recycling and upcycling, so let’s have a little lesson to start Read more 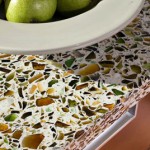 For obvious benefits, many home owners will remodel their home before putting it on the market for a better re-sale value. Being a busy Realtor, my job requires touring a lot of home listings. What I notice is that following the advice of their agent, the majority of folks pick granite counter tops as the Read more

Oh my goodness, it’s 50 cents off of eye lash extensions at Longs this week!  Great deal on our dead sea sodium dense soup at Safeway!  You’ve just been pre-approved for a new tractor!  Rush… offer expiring soon! Offers like these are haunting our night dreams.  No wonder an ever increasing amount of people find that sifting Read more

How “Green” are Our E-waste and Computer Recycling Programs?

We love our electronics, don’t we?  There seems to be hundreds of new and improved gadgets hitting the market every day.  Today however, the headaches of recycling computers and the rest of the e-waste abound.  It also happens to be one of the most controversial issues.  You see, it appears our spending and recycling habits Read more