Feng Shui: How Your Home Can Affect Your Physical and Emotional Health

Beauty may be only skin deep, but the seemingly superficial matter of home decor, from carpet to ceiling fans, can dramatically shape your well-being on a number of fronts. Accordingly, we should view our living spaces holistically, not just as so much wood and metal but as a multi-dimensional network of interrelated factors.  Here’s a Read more

You don’t have to be terminally ill to run a meth lab but it’s probably not a bad idea. If you’re not already terminally ill, without some fairly serious precautions, you’ll probably end up that way anyway. While the main character in “Breaking Bad” may have very little to lose, plenty of prospective home buyers Read more

Although the current national average life expectancy of residential furnaces is between 16 and 20 years, many homeowners aren’t waiting to their furnaces to stop working before they look for a replacement. Matter of fact many homeowners with furnaces that are 10 years or older are taking advantage of the current tax credit to replace Read more 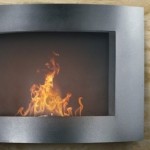 Pollution is getting worse as time pass and we are already suffering from its negative effects. The harsh weather conditions, climate “weirdness” and the large hole of the ozone layer that makes us exposed from the harmful UV rays of sunlight, all of these happen because of air pollution.  People are already aware of this Read more

What Flame Retardants Have to do With Your Prospects to Reproduce?

We all know by now that toxins in our home can affect our general health but did you know that flame retardants in the house can lower your chances to have kids?  If you are a male then pay attention.  And if you are a female who has a male than also pay attention…  Recent Read more

Non-toxic and Sustainable Materials Tour at the Green Pika

Let’s face it, no home is truly green without supporting the health of its inhabitants.  With a rise of cases where more and more people, and especially our children, are developing allergies, asthma, and chemical sensitivities, many are looking for solutions in the the quality of their indoor air as never before. Want to hear Read more

What Your House is Really Feeding Your Lungs?

Be Aware of What Are You Breathing this Holiday Season 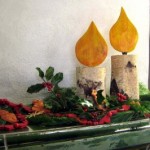 Bring on the home decorations and holiday get togethers – let’s do it green and healthy.  The holiday season is here in earnest! A couple years ago I went to a friends house in San Jose for a holiday visit.  I was really looking forward to it.  So, I showed up at the door, gifts Read more

All the TV shows, all the magazines and all the advice from our environmentally conscious friends about green living can really make our heads spin.  Is your floor off-gassing VOCs, do your cleaning supplies have endocrine disruptors, what’s the carbon footprint of your German Sheppard… Oh my goodness, some of this can sound like a Read more