What if you had your own grocery store attached to your house? And what if that grocery store saved you money on both produce and energy? Well, imagine no further; the day is upon us. A passive solar greenhouse, like the most famous one in British Columbia, could make endless, fresh produce a reality – Read more

I started a part time job at SunGevity in 2013. We were not even trained in the knowledge about leasing vs. buying. Mostly 20 year old kids trying to “get a date” purveying the people at Lowe’s for SunGevity – a total exploitation of the people to only offer the average 5-7% savings for something Read more

NIST House looks and feels like a regular house but actually it is a state of the art Net Zero Energy residential test facility; a 2,700 square foot lab at the campus of National Institute of Standards and Technology (NIST), in Gaithersburg, MD. Yes, a true energy nerd’s paradise. Folks who built it believe “Nothing Read more

These days, it’s easy to see that the focus is on saving energy and reducing costs associated with rising energy prices. But let’s face it, there is a huge difference between being verbally “trendy” and being able to supply actual convincing data. This is precisely the reason why attention has been recently drawn to a Read more

When most people think of a fence they imagine privacy and aesthetics and few associate it with incorporating it into their home’s renewable energy needs.  However, there is a different type of “fence” that is entering into conversations more often, these days. This type of fence is designed to produce energy directly from the environment. Read more 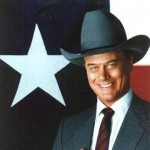 Contrary to popular belief, solar energy is being used increasingly in American homes. In fact, every four minutes, another American family installs solar panels on their home.  However, many Americans still struggle with misconceptions about the process and practicality of solar energy. According to energy expert Kevin Moore, president of Midwest Wind and Solar, “The Read more