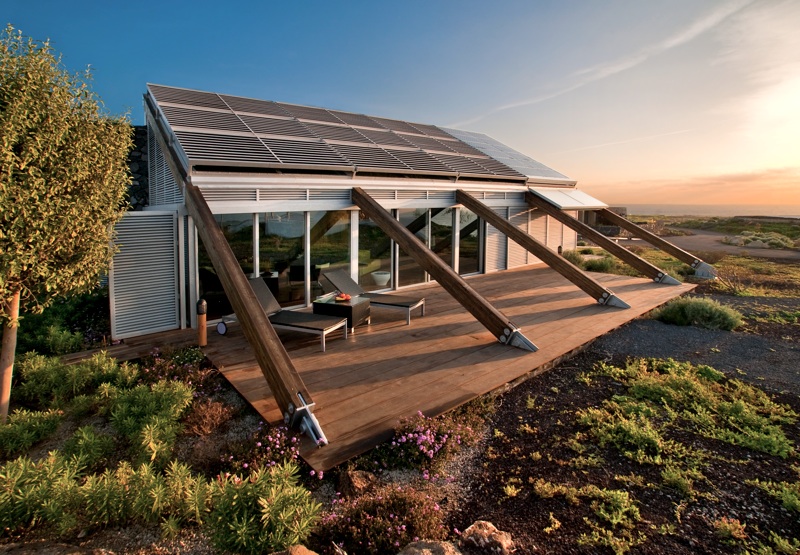 Arguably and despite its relatively recent origins, the current crest of the American green movement wave has been one of the broadest in terms of public awareness. However, America still has far to go when compared to the leaps and bounds that European and Asian countries have been making for over half a century, especially in the areas of building practices.

One example of such a project is Spain’s “House in Bioclimatic Experimental Urbanization,” the brain child of Estudio José Luis Rodríguez Gil which was completed in 1995, about the time when the US government was outraging conservationists by curbing and cutting environmental regulations with “market-based environmentalism” and Newt Gingrich’s “Contract with America.”

As Americans’ conservationist efforts were being stunted, the Spanish architecture firm had just completed a very forward-thinking net zero home in the Canary Islands, brought back into the limelight today with a gorgeous series of pictures that has just surfaced on the web. The 120 square meter plywood residence was carefully designed to optimize energy efficiency while limiting its ecological footprint.

The placement and design of the home was carefully planned to maximize the efficiency of its rooftop solar panels, while a basalt stone wall provides protection from the sun and wind, reducing the amount of energy needed to heat or cool the home.

In addition, it utilized only locally-sourced, harmless, and/or renewable materials like certified timber, stone and basalt insulation, paints, varnishes, PVC VOC compounds, etc. Not only was the choice of materials environmentally conscious, maximizing energy efficiency and reducing environmental impact, but the natural construction allows the home to weave itself into the unadorned natural environment, looking like it beautifully belongs instead of starkly standing out –the one exception being its on-site wind turbines that wouldn’t look quite natural in any setting. 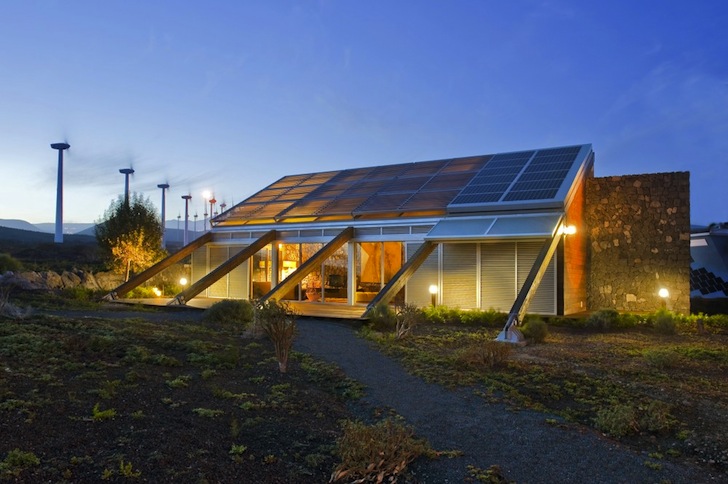 However, perhaps the efficiency of the solar panels and wind turbines lessen the slight eyesore they make. The house is completely self-sufficient and produces zero carbon emissions, which at the time was a rather progressive design.

Other conscious, yet beautiful design elements include:

Conceptually, the design serves as a platform, a connection, between the occupants and the environment, creating a feel of intimacy and interaction with the inhabitants and the outdoors. There is a contrast between the “day zone” and “night zones,” the “day zone” flowing between inside and out with s limitless feel and the “night zones” comprised of small, simple bedrooms with peace and privacy.The goal was to express a gentle overlap of global and local pursuits that would further environmental progress while creating an exemplar living space. 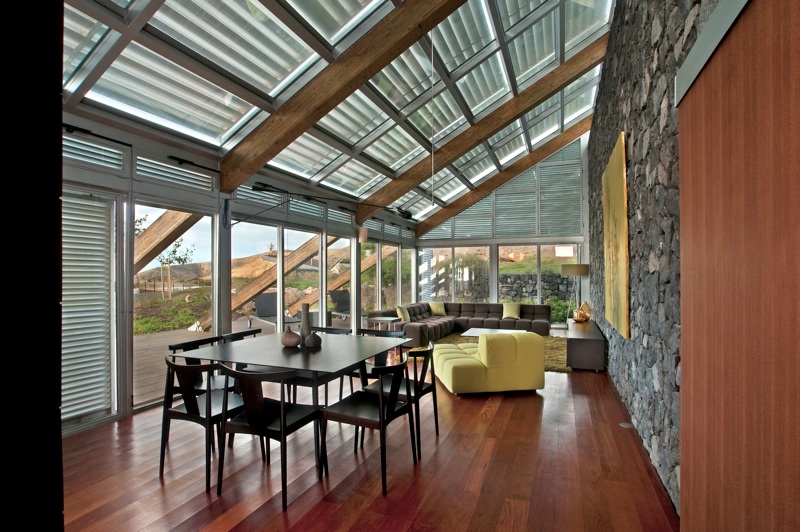 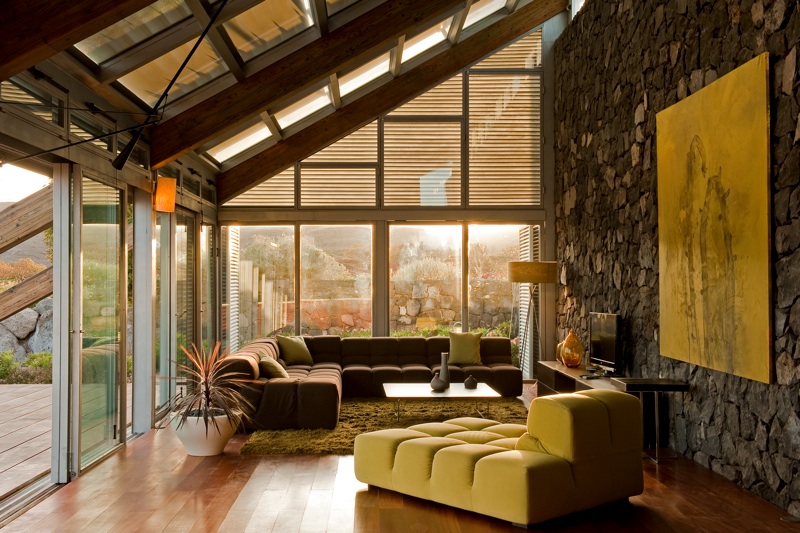 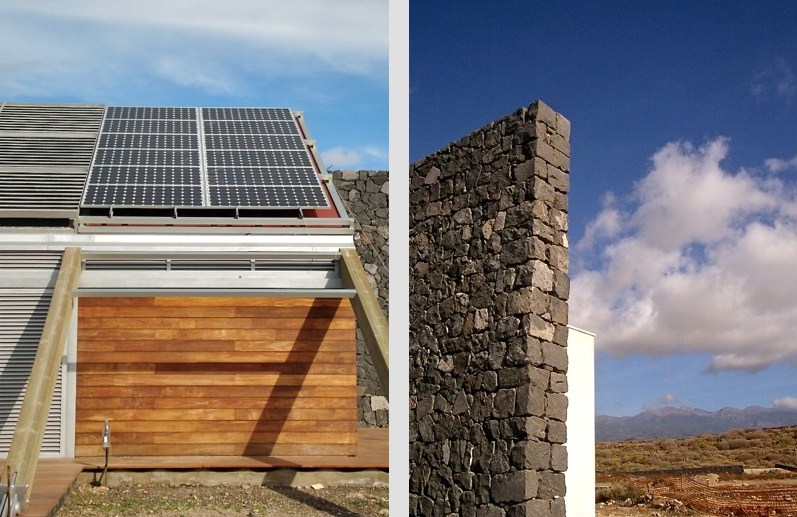 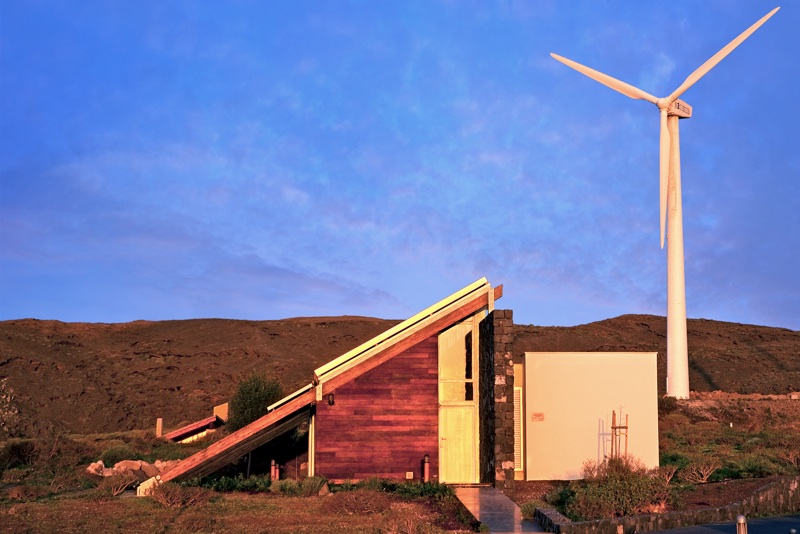 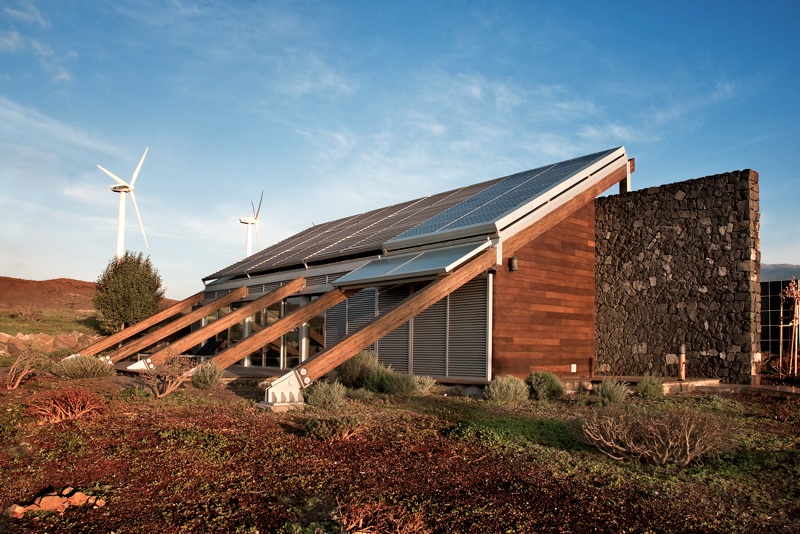 The global traits pursued were the reduction of the home’s ecological footprint, achieved through waste reduction throughout the life of the home as well as the utilization of local/gentle/renewable materials, and the local goal to enhance the surrounding scenery was achieved by a design that seems integrated into the landscape itself.

So, this avant-garde home in the Canary Islands achieved, almost twenty years ago, a standard that American building is now only just considering. The ideas of low-impact, net-zero construction are still being experimented with on American soil, yet, still functional, still beautiful, not boastful, the home that we’re just noticing has been a part of its own landscape for two decades. With all that is possible in this twenty-years-later, why are we taking our sweet time to catch up? (Images: http://www.rodriguezgil-arquitecto.com) 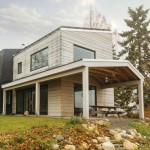 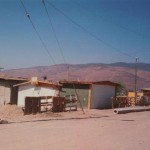 Deconstruction vs. Demolition and Homes from Garage Doors in Mexico?
{ 0 comments… add one }