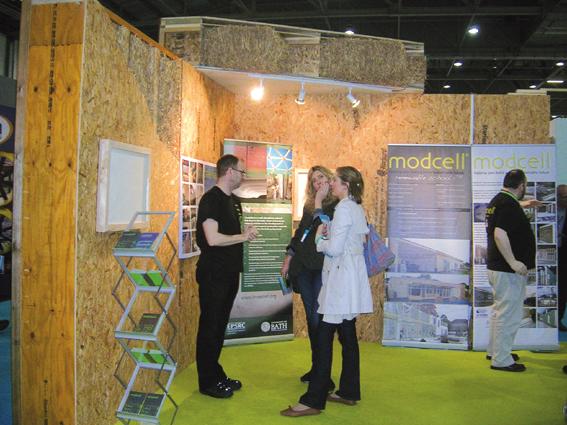 Straw buildings have come a long way from the days when all it took was a huff and puff to blow them right down. 21St century straw homes are not only beautiful and eco-friendly, but also sturdy enough to withstand any hyperventilating wolf. ModCell, a British builder, is taking the age-old concept of straw-bale construction and updating it by incorporating prefabricated panels for an affordable, environmentally conscious option for today’s homeowner.

So why build homes from straw? Well, as any little piggy can tell you, the stuff’s fairly cheap and readily available. In fact straw, which is the waste product left over when the grain has been removed from a cereal plant, is often just burned to get rid of it, since there are only so many hats and baskets you can make. Straw is also a super-insulator, keeping homes warm in winter and cool in summer which reduces the need for oil, gas or electric climate control. And believe it or not, tightly-packed, dry-baled straw also has natural flame-retardant properties – in fact, tests show that straw bale homes are up to three times as fireproof as conventional stick-built homes. 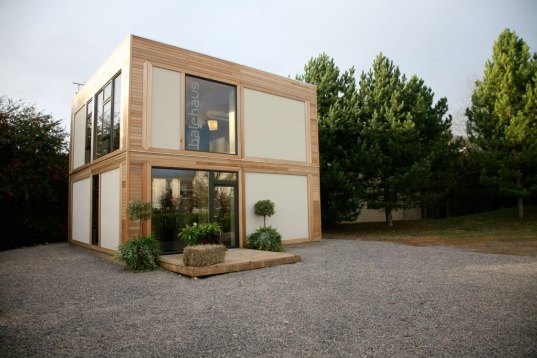 While straw homes have been gaining in popularity since the early 2000s, ModCell is the first company to institute large-scale straw construction via the pre-fab model. The ModCell system makes use of air-tight, mold-resistant panels and wall systems framed with timber and stuffed with straw or hemp, and arranges these into a variety of buildings designed to suit different environments. ModCell also incorporates a number of sustainable living “best practices” into its business model:

The ModCell signature home is called the BaleHaus. The first of these models, a two-story unit, was constructed at the University of Bath, and researchers monitored the house for a year to document its insulating properties, air-tightness and resistance to humidity, wind and sound.

The BaleHaus model is now available for use as a private dwelling. The pre-fabricated building components are factory-assembled and shipped to the desired home site, where they are speedily assembled. Each BaleHaus meets demanding PassivHaus low-energy standards, which means they are very low cost to heat and cool as well as having low carbon emissions.

ModCell claims that in certain environments, these houses have no heating bills whatsoever. As in the test case with the relocated unit, all materials are designed to be dismantled, re-used and recycled, and ModCell projects that this can be done at the end of what they consider to be a unit’s expected 100-year life. 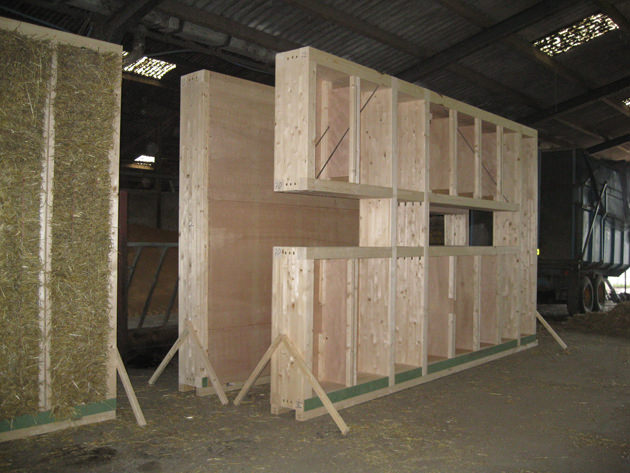 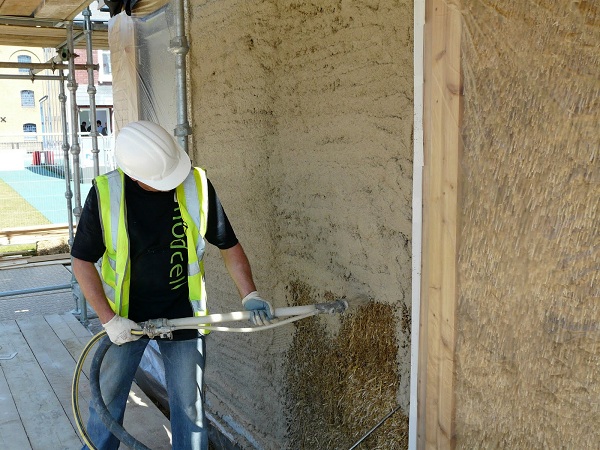 In addition to manufacturing homes out of straw, ModCell has also used this material for various commercial and public buildings throughout the UK, including an architectural studio, a farm building, a cafe, a bus depot and several schools. While ModCell’s aren’t the world’s first straw school buildings, they’re certainly more sturdy than the first-known such structure, built in the late 19th century Nebraska’s nearly treeless Sandhills area.

Although the hardy plains pioneers found that straw made an excellent substitute for scarce lumber, their straw-built one-room schoolhouse was unfortunately eaten by cows. ModCell’s lime-rendered exterior panels are impervious to browsing bovines, so these straw structures are guaranteed to stand the test of time (and rambunctious elementary-schoolers). 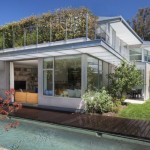 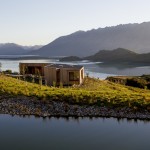