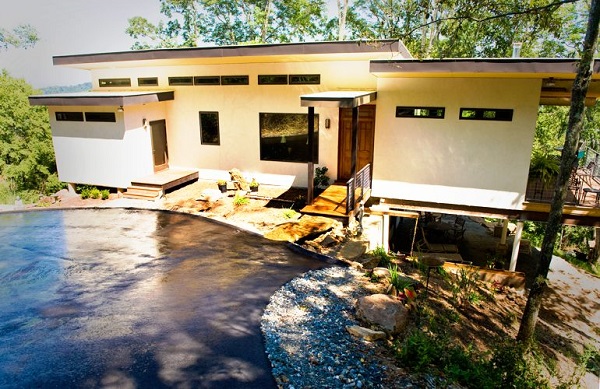 Eco-conscious lifestyles are no longer the choice of just “hippies” and “tree-huggers.” More and more folks are changing their way of living in order to leave a smaller footprint and, more often than not, save themselves some cash. A prime example of an up and coming lifestyle shift is the introduction of hemp housing. That’s right; an entirely sustainable building material. Just because you haven’t heard of it doesn’t mean it’s not taking off. In fact, an entire community in Scotland is being constructed out of industrial hemp.

When it comes to new home design and building, it is a common belief that the government and corporations are putting forth as many eco-friendly options as they can, improving homes’ efficiency in terms of heat, insulation, lighting, etc. This is not always true. If it were, we would be seeing hemp all over the place. As a multi-use plant, hemp wood and pulp provide prime levels of both strength and insulation. Also, the quick cultivation cycle makes hemp exponentially more ecological than customary lumber. 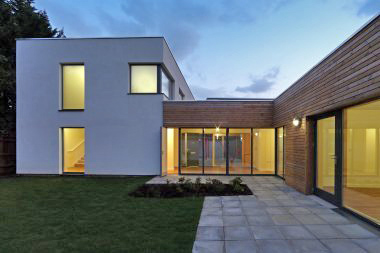 An English company, Hempbuild, specializes in hemp construction and is providing materials for the Scottish project. Including insulation made from hemp fiber, the houses will be made from a natural, sustainable combination of insulation and thermal inertia, drastically reducing heating costs. In addition, hemp has a carbon-negative profile. What this means is that he wood itself reduces greenhouse gases in the atmosphere by trapping CO2 within its walls. 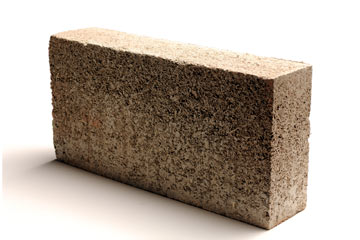 Hemcrete is a mixture of dried hemp stems and lime that is poured into thick, concrete-like blocks. Lime Technologies (HowStuffWorks)

Hempcrete, the mixture of wood pulp and lime-based binding agent, is three times stronger than concrete in its ability to withstand earthquakes and is completely fireproof, waterproof, and rot-proof as long as it’s above ground. It is multipurpose enough to be used as flooring, walls, insulation, roofing, and more. These unique properties should make hemp a ravenously popular building material for eco-friendly housing in a variety of climates. However, modern legislation is making the use of this material increasingly complicated because it comes from the same plant as marijuana.

Hemp homes have been increasingly built overseas, but any industrial hemp has to be imported into the US because it is illegal to grow the crop on our soil. If it were legalized, the price of hemp locally would plummet, making it a cheaper alternative to our country’s traditional building materials.

Despite the ban on growing the crop here, there are a few US companies working with hemp, including a North Carolina company called “Hemp Technologies.” A recent home build of theirs in South Carolina is being monitored for efficiency. The 3,000 square foot home was built for $133 per square foot (excluding site prep costs), which is noteworthy despite importation costs. So far, the family has spent less than $100/month to cool the entire home. Another US company, “Hemp Traders,” based in Carson, CA, sells hemp fiberboard which can be made into furniture, shelving, and countertops. 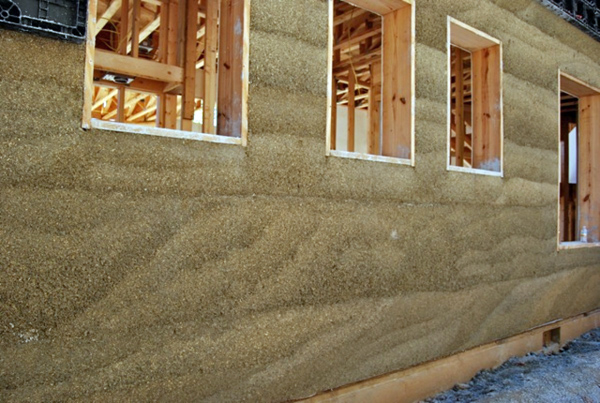 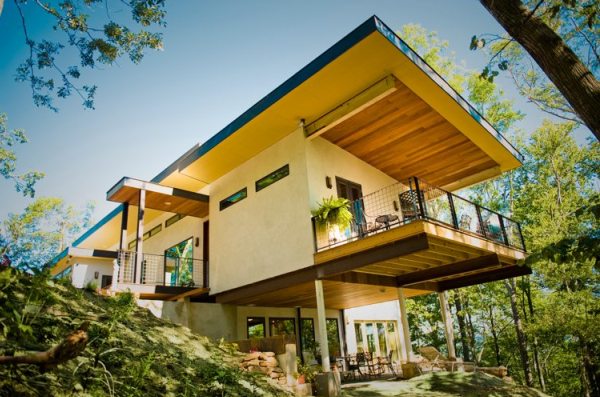 Though it seems the United States might be trying, the ban on hemp cultivation makes it complicated to use as a resource. If it were legal in all 50 states, the United States could be manufacturing cheap, eco-friendly, carbon-negative, fireproof, mildew resistant, waterproof housing material. America has a history of puzzling laws, but continuing the ban on Cannabis Sativa L. is really put a damper on our potential as a green nation.

National legislation is trending in the direction of differentiating industrial hemp from marijuana and giving states the exclusive authority to regulate the growing and processing of industrial hemp according to state law. So far in the 2014 legislation season, industrial hemp legislation has either carried over or been introduced in thirteen states: Arizona, Hawaii, Indiana, Mississippi, Nebraska, New Jersey, New York, Oklahoma, South Carolina, Tennessee, Washington, West Virginia, and Wisconsin. Hopefully, other states will follow suit, and all Americans can have the option cutting edge, efficient, affordable, hemp housing. 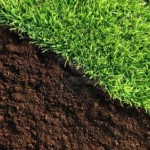 Handy Pointers on Feeding Your Lawn with Organic Fertilizers 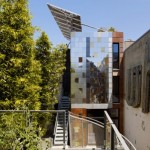 Baker’s San Francisco Cottage of The Future: Zero Energy With a 30% Surplus