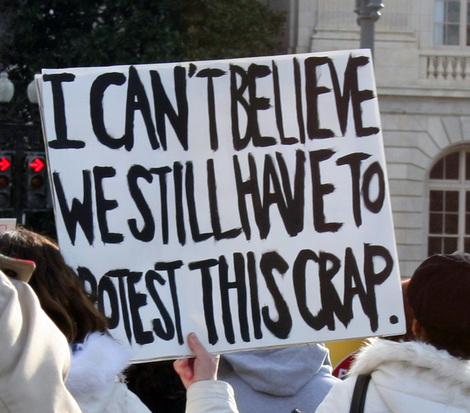 Is Civil Unrest The Only Way Out?

Is the climate crisis is getting so severe that civil disobedience is justified to compel the federal government to confront the fossil fuel lobby?  This is the question that was raised at a recent panel discussion “Blessed 350” at the Commonwealth Club.  The panel was moderated by Greg Dalton. The full audio is available at climate-one.org.

My name is Gary Latshaw, PhD and I wanted to share my notes from this event with as many people as possible; I believe you will find the thoughts expressed by the authors very interesting.  My notes are presented to you here in the form of bullet points.  Please chime in with your views and feelings about these issues in the comments and let’s have a discussion.

Guests: Paul Hawken, Author, Blessed Unrest and Bill McKibben, Founder, 350.org.  Both these authors are well-established environmental activists. The presentation was conducted as a panel discussion with the moderator posing questions to the two. At the end there was audience participation. I thought it was a very interesting discussion on climate issues – both the politics and the science. Here is what I captured. In parenthesis I have introduced some of my own thinking:

I asked at the Q and A about the lack of media coverage of the protests at the Whitehouse where world famous scientists were getting arrested. McKibben answered that there was some coverage. His arrest was in the NY Times editorial so that made him feel good. He pointed out that the major civil rights protests by Martin Luther King that got a lot of media attention had been proceeded by much less coverage of other events.

Regarding these particular notes, I hope people will recognize the threat of climate change and take political action to stop mankind’s destruction of the global ecology. In particular, there are large reservoirs of carbon trapped in what are called Tar Sands. The process of extracting, transporting, and processing this type of carbon is particularly carbon intensive – that is for every unit of energy more dangerous carbon dioxide is emitting into the atmosphere. If we build the pipeline that is proposed from the Canadian border to New Orleans, we will be on our way to using this very dangerous type of carbon. I would ask people to write to the President Obama and ask him to turn down the permits.

Now that Obama is politically weakened and the leading Republican candidates favor voodoo instead of science, major changes in green house gas emissions will require civil disobedience and court actions. Similar to the Civil Rights movement of the 60s.

AUTHOR:  Gary Latshaw, PhD.  “I am a retired physicist who has worked in many Silicon Valley companies and has taken training with Al Gore’s group on climate change. I give lectures on climate change to various groups and have watched the progression of the science on climate change for several decades. I am convinced that man’s emissions will produce a much more difficult if not catastrophic environment for future generations.”

Top Green Housing Design Trends for 2013 and Beyond 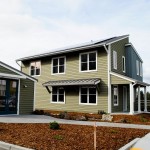