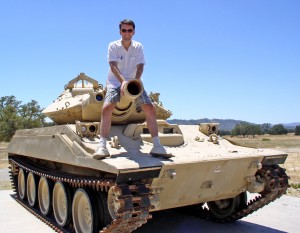 Sometimes weapons are our only hope for peace.

As the talks in Copenhagen are picking up momentum and the “Climate-Gate” scandal is unfolding, more and more people get perplexed and raise good questions.  Is this thing real?  Why would the scientists try to hide something or mislead us?

In situations like these our human nature and its subtle expressions become very obvious.  It’s fascinating to observe two sets of beliefs and convictions.  One group says Yeh!, the other group says Nae!, and then there is a silent majority who are waiting to be nudged in the right direction.

Why the mainstream media is over-inflating the climate scandal instead of focusing on real scientific numbers is probably beyond all of us but a one thing is certain: we’ll see some very positive and some very negative outcomes of this “Climate-Gate” fiasco.

Some immediate effects are obvious – scientists will have to be more transparent, disclose sources of data and be able to back up their finding with sound and undisputable reasons.  Climate change and data that supports it ought to be visible and open to our scrutiny, it’s that simple.  There is no doubt that when all dust settles, we will still have an overwhelming amount of research showing the planet is indeed warming and we are unequivocally contributing to it more than ever.

At the same time, doubts in the process and questionable ethics of the science community only fueled the skeptics and fed more excuses to folks who never cared about the issue in the first place.  The creepy part is that people like Sarah Palin will latch on to this piece of news like a bulldog and will keep mauling it on the media, further spreading doubt and apathy among those who don’t lack it already.  You know what separates Sarah Palin from a Pit-bull?  Nope not lipstick.  Pit-bulls think longer before they bark.  It’s evident as never before.  🙂

Another argument that the softer Nae-Sayers use is – WAIT!  Yep, that’s it.  Wait.  That’s their argument.  Period.  What they want to do is wait because they want more data, more research, more proof, and more analysis-paralysis.  What they really need to do is to acknowledge that they just woke to the new reality dumbfounded by the monstrosity of the problem.  People, who have been studying the issues, reading the research, and speaking to scientists with boots on the ground, know that climate change is as real as one’s heart beat.

As to the argument “But maybe we can ease into this without spending so much money now… let’s worry about it later, in another 20 years, when our economy is doing better.”  Aha… we’ve heard this before, haven’t we?  Maybe even 20 years before.  No way Jose, we’ve been down this rabbit hole.  Prioritizing environment and clean-energy economy over short-term economic growth just can not wait.  In any case, we’ve been so slow embracing the new technologies that we could use a little jolt ahead; even if it’s a painful one.

So, can you guess the biggest reason to care for the environment and the comfort of future generations?  The biggest reason is no reason.  Ha!  That’s right.  It sort of automatic, counterintuitive.  Like mother takes care of her baby.  No one needs to ask her because it’s a natural and the right thing to do.  It’s only because we have not cared for the environment do we even have this notion now that it takes an effort.

We, humans, by nature are a caring race.  We’re packed with basic goodness that wants to shine through. I disagree with presidents Bush and Obama that there is real evil in the world.  There are only very messed up ways of seeking happiness.

Even the so called “terrorists,” who want to harm us, love their families and have kids who love them back.  Even these terrorist would extend a hand to an elderly person who had just slipped on the street.  The difference between a loving father and a suicide bomber is only very slight – one entirely screwed up belief.

It is these distorted views on how to bring about happiness that is causing so much misery in the world.  You want to wage a war?  Wage a war against ignorance.

Climate change is a serious concern and it is time we look deeper into our convictions as well.  Today is a good day to examine our belief systems and see where they are taking us.  Albert Einstein once said: “You cannot solve a problem from the same consciousness that created it. You must learn to see the world anew.” Wise words, aren’t’ they?

It’s time we operate more outside of the mindset that had created this problem in the first place.  Solution is simple – to be more mindful, care more and do more.  If the climate crisis is a serious as most scientists predict, then truly caring and acting on this matter is as essential as breathing.  And if the figures are overinflated and it’s not all doom and gloom… well, then we’re simply a more caring race who got their act together sooner than it was necessary.  Our kids won’t complain about that. 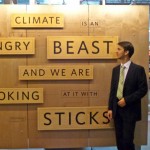